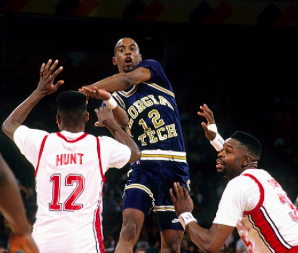 The Pre-Season Pick: UNLV entered the season tops in the Associated Press (AP) poll and finished as the sport’s National Champions – though, ironically, second to Oklahoma in the season’s final AP poll. Led by future NBA talents Larry Johnson, Stacey Augmon, and Greg Anthony, Jerry Tarkanian’s Runnin’ Rebels won 35 of their 40 games, including a 103-73 thrashing of Duke in the title tilt.

Betcha Might Not Remember: In Duke and Georgia Tech, the ACC put a pair of teams in the Final Four while North Carolina was also a top 10 team. The ACC regular season champ, however, wasn’t one of the bluebloods. Rather, it was … Clemson? Led by the “Duo of Doom,” future NBA pros Elden Campbell and Dale Davis, the Tigers notched a 10-4 league record en route to a school-record 26-win campaign. (The Tigers would later have to forfeit two NCAA Tournament wins for use of an ineligible player.) The 1990 ACC title represented Clemson’s first league title – and its only conference crown as of 2019.

Consensus Player of the Year: Lionel Simmons of La Salle. Simmons’ sterling performance trumped any mid-major bias that might have existed among the national media. Indeed, it was hard to overlook the L-Train’s brilliance. Averaging 27 points and 11 rebounds, the 6-7 senior led La Salle to a 30-2 campaign, including a 16-0 mark in the Metro Atlantic Athletic Conference. The Sacramento Kings would select Simmons with the 7th pick in the 1990 NBA Draft and he would average 13 points over a seven-year NBA career that included 1991 All-Rookie Team honors.

The Diaper Dandy: Kenny Anderson of Georgia Tech. The New York City point guard immediately delivered on the immense hype that accompanied him to Atlanta. Averaging 21 points, 8 assists, and 6 rebounds per contest, Anderson teamed with Dennis Scott and Brian Oliver to lead the Yellow Jackets’ surge into the Final Four.

The Season’s Biggest Story: The stunning death of Loyola Marymount All-American Hank Gathers captivated the nation. Gathers, one half of Loyola Marymount’s high-scoring duo with Bo Kimble, collapsed on the court during a West Coast Conference Tournament game against Portland and died. In Gathers’ memory, Kimble took to shooting left-handed free throws to honor his fallen friend. (The two were teammates at Philadelphia’s Dobbins Tech before signing with USC together and, later, transferring to Loyola Marymount as a pair.) As an 11th seed in the NCAA Tournament, the Gathers-less Lions pulled upsets over New Mexico State, defending champion Michigan, and Alabama before succumbing to eventual national champion UNLV in the Elite Eight. 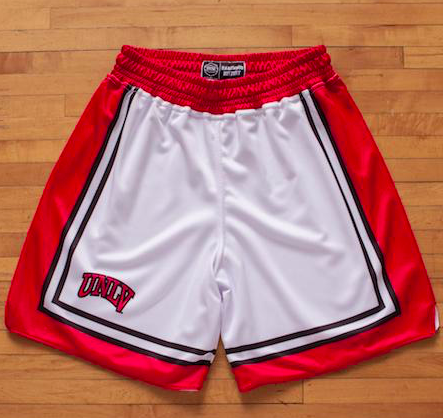