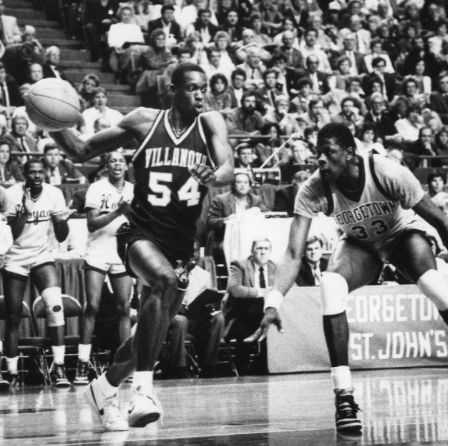 The Pre-Season Pick: Georgetown. The defending NCAA champions, the Hoyas boasted the nation’s most dominant player in center Patrick Ewing and an aggressive style many called intimidating and some termed borderline violent. “It is a team of antiheroes that seems to play its best when the crowd is rooting against it,” New York Times scribe Peter Alfano wrote of Big John Thompson’s Hoyas as the 1984-1985 season commenced. “But Georgetown does not aspire to win popularity contests, only the national championship. The players may seem wary, the coach uncooperative and sometimes angry, but when it comes to playing basketball, no team is any better.”

The Season’s Unexpected Surprise: Villanova wasn’t ranked in the preseason AP Top 20 and the Wildcats didn’t crack the Top 20 until early January. Rollie Massimino’s crew finished 4th in the Big East at 9-7 and dropped six of their last 12 heading into the NCAA Tournament. In March Madness, however, the eighth-seeded Cats downed Dayton, top-seeded Michigan, Maryland, North Carolina, and Memphis to reach the national title game, where they earned a third crack at Georgetown. On April Fool’s Day, the Wildcats punked Georgetown and claimed the national title in an upset few predicted.

Betcha Might Not Remember: Basketball fans – and perhaps “Parks and Rec” viewers – know the name Detlef Schrempf, but his unlikely journey to the NBA isn’t as well known. One of the nation’s earliest Euro imports, the West German didn’t pick up a basketball until he was 14. As a high school senior, Schrempf ventured to Centralia, Washington, as a foreign exchange student and led his high school team to a state title. Only one college program, however, recruited the 6-7 forward: the University of Washington. With the Huskies, “Det the Threat” emerged an All-American candidate during his senior year and a 1985 NBA lottery pick.

Player of the Year: Patrick Ewing and Chris Mullin split National Player of the Year honors. Mullin claimed the Wooden Award and POY honors from the UPI and USBWA, while Ewing won the Naismith Award and POY recognition from the AP, NABC, and Sporting News. Their college success was but a prelude to their professional greatness, as both Ewing and Mullin would enjoy Hall of Fame careers.

The Diaper Dandy: In his freshman year at Kansas, Danny Manning averaged 15 points and 8 rebounds per contest for the 26-8 Jayhawks. Three seasons later, Manning would lead his “Danny and the Miracles” squad to the NCAA Title before becoming the #1 pick in the 1988 NBA Draft. Manning, now the coach at Wake Forest, had a 15-year NBA career.

The Season’s Biggest Story: The ascent of the Big East. In just its sixth year of existence, the upstart Big East cemented itself as the nation’s premier basketball conference, wrestling that unofficial title away from its more established peers like the Big Ten and the ACC. Six of the conference’s nine teams entered the 64-team NCAA Tournament and three (Georgetown, St. John’s, and Villanova) made the Final Four at Kentucky’s Rupp Arena in a culmination of Dave Gavitt’s daring dream.

The 19nine Connections: Villanova’s run to the NCAA title remains one of the most remarkable and unpredictable conquests in college basketball history – and the Wildcats looked good doing it in their navy duds. 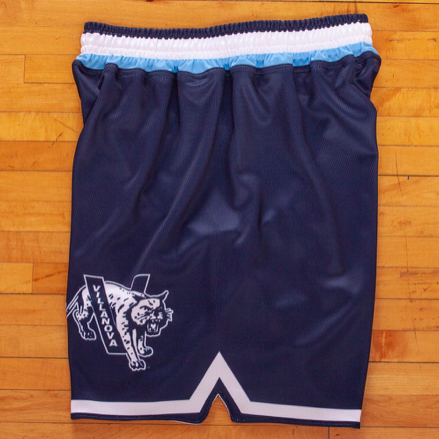