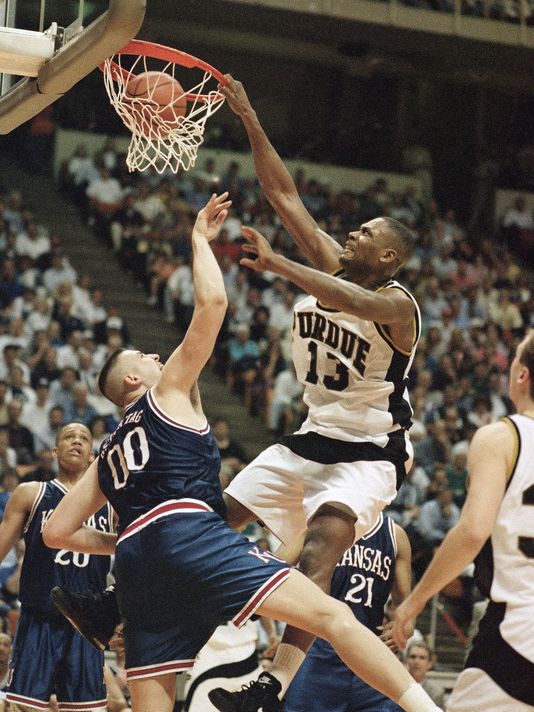 In this regular installment for High Volume Shooters, “The Chucker,” the blog’s resident historian, takes a look back at the professional debut of Glenn “Big Dog” Robinson, one of Purdue’s hardwood legends.

As the first pick in the 1994 NBA Draft and reigning College Player of the Year, Glenn Robinson sought to become the first $100 million athlete in professional sports. It was a bold ask for an ultra-talented, though ultimately unproven pro who had averaged 30.3 points per contest during his junior year at Purdue. 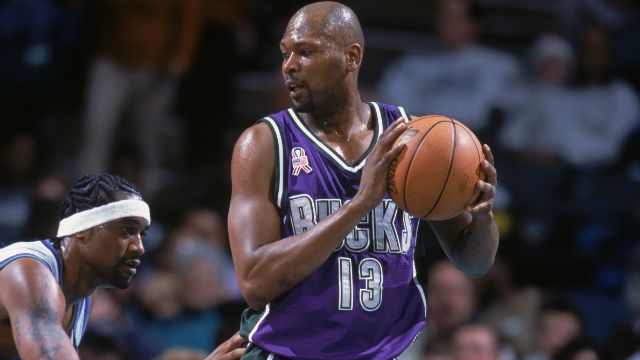 After settling for a 10-year, $68 million contract, a deal he signed just two hours before tipoff, Robinson debuted for the Milwaukee Bucks on Nov. 5, 1994, in front of 18,633 fans at Milwaukee’s Bradley Center. The contract impasse, which caused Robinson to miss the Bucks’ season-opening win over Philadelphia the prior night, did little to squelch enthusiasm for the Big Dog’s debut. Fans greeted the 6-7 forward with a nearly 2-minute standing ovation when he stepped onto the court. One headline following Robinson’s pro debut read “Big Dog quickly becomes fans’ pet.”

The first time Robinson touched the ball in a pro game, he took aim and fired. The attempt bounced off the side of the rim.

“I was open,” Robinson deadpanned about his quick appearance on the stat sheet.

The professional debut of Indiana’s former Mr. Basketball would get better from there, as Robinson knocked down two field goals and a free throw over his first six minutes of action.

In an opening game that included “flashes of brilliance” and “signs of rust” following a long contract impasse that kept Robinson away from the practice floor and his teammates, Robinson finished with 8 points and 4 rebounds in 13 minutes of run. He also had five turnovers, no assists, and three personal fouls as the Bucks downed the Lakers 97-96. 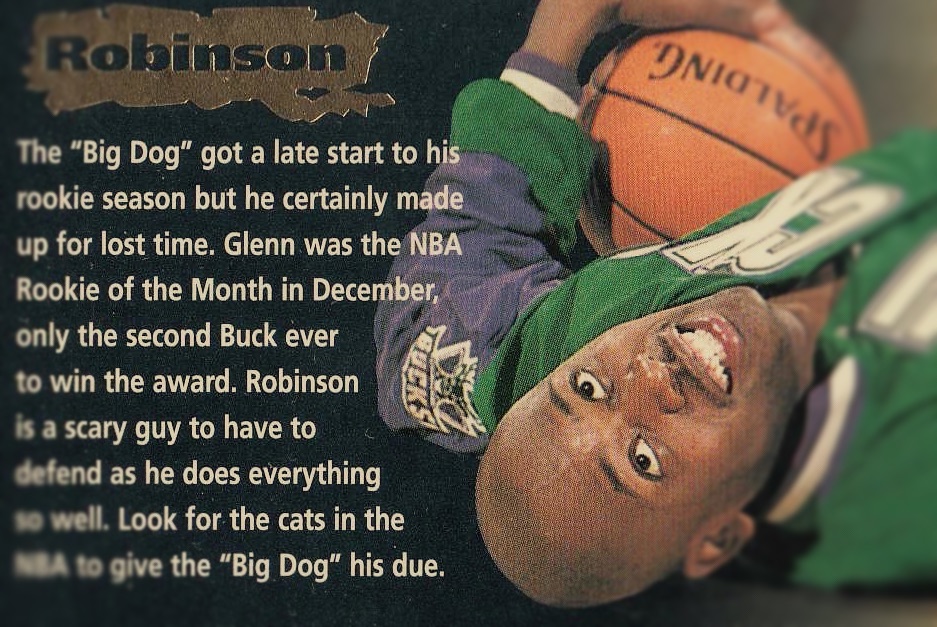 “I can’t say I was not satisfied with my performance because we won the game,” the Gary, Ind., native said.

Billed as the best player to don a Bucks uniform since a sky-hooking center named Kareem ruled the paint, Robinson openly professed his desire to win NBA Rookie of the Year honors.

“I feel I can be as good as I want to be,” Robinson said that Saturday night in Milwaukee, echoing comments from analysts who predicted stardom for the former Boilermaker. “But I’m not saying I’m going to live up to everything people have said about me. I take it as a compliment, but I know I have a lot to prove.”

Robinson completed his 80-game rookie campaign averaging 21.9 points and 6.4 boards. While he made the NBA All-Rookie team, Jason Kidd and Grant Hill, the second and third picks in the NBA Draft, respectively, shared ROY honors.

Though Robinson had an undoubtedly solid professional career, averaging 20.7 points and 6.1 rebounds per game and earning two All-Star nods, he never quite lived up to the immense hype. He played for four teams over a 11-year career, ending his NBA tenure as a champion with the 2005 San Antonio Spurs.