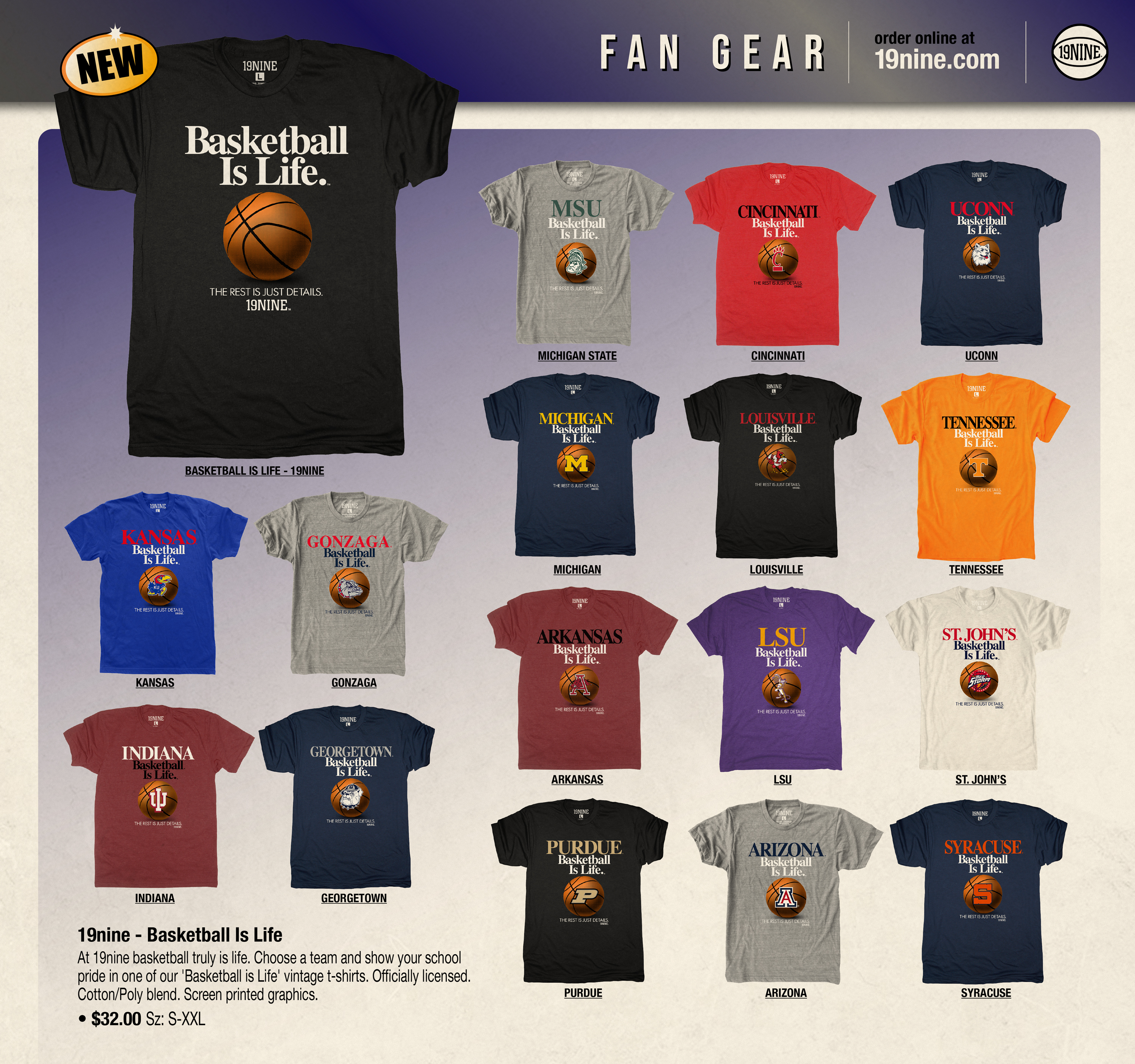 When we came up with the idea of bringing back the Basketball is Life shirts from back in the day we asked some of our college basketball friends to wear the shirt and tell us what basketball at their respective school meant to them.  As we worked through what this campaign would look like it took me in two directions; 1- I started reflecting back on how big of a part basketball has played in my life and 2- it took me back to the days when Eastbay was the most coveted piece of mail for every middle school and high school hooper in the United States.

I’ve referenced my basketball “origin story” several times on our podcast but I’ll recap it in writing for the first time now.  In short, I was raised in a basketball family.  My dad played for my grandpa at Reitz High School and I grew up really only caring about being a good HS player at Reitz because of who they were.  I was fortunate enough to accomplish that because basketball really did become my life.

I loved everything about it.  I loved the competition, I loved talking shit, I loved working on my game, I loved the school wide notoriety the game gave me.  It became my identity and I couldn’t get enough of it.  And that was only the game.

I can tell you exactly where I was (sitting on the stage in Helfrich Park’s old gym before a basketball game), who I was with (Jay, Chad and a couple cheerleaders), and what song was on when I put Jay’s headphones on (Lodi Dodi). So this cultural revolution and mass marketing of basketball stars all came during my most formative years.  I was hooked on all of it and my shit talking improved greatly from that day forward.

Around the same time I started getting this magazine/catalog that had all the latest team gear, shoes and equipment.  It was a treasure trove of everything I wanted for my birthday and Christmas.  When Eastbay hit the mailbox it was the teenage equivalent of Playboy for an adult.  From middle school to high school and even into college my friends and I used to scour those pages for all the latest stuff.  We would pass it around class and play the “what if” game.  What if someone walked up and said they would buy you one thing in the entire magazine what would you get? Then we would argue about it for the rest of class.

We also remember the Basketball is Life shirts that were in those pages so when we decided to do this campaign we knew there had to be an Eastbay feel to it.  Funny enough our Creative Director, Matt, was one of the dudes playing the “what if” game with me in high school.  We had a ton of fun with this and we hope you do too.

So, is basketball really life?  At 19nine you bet your ass it is!