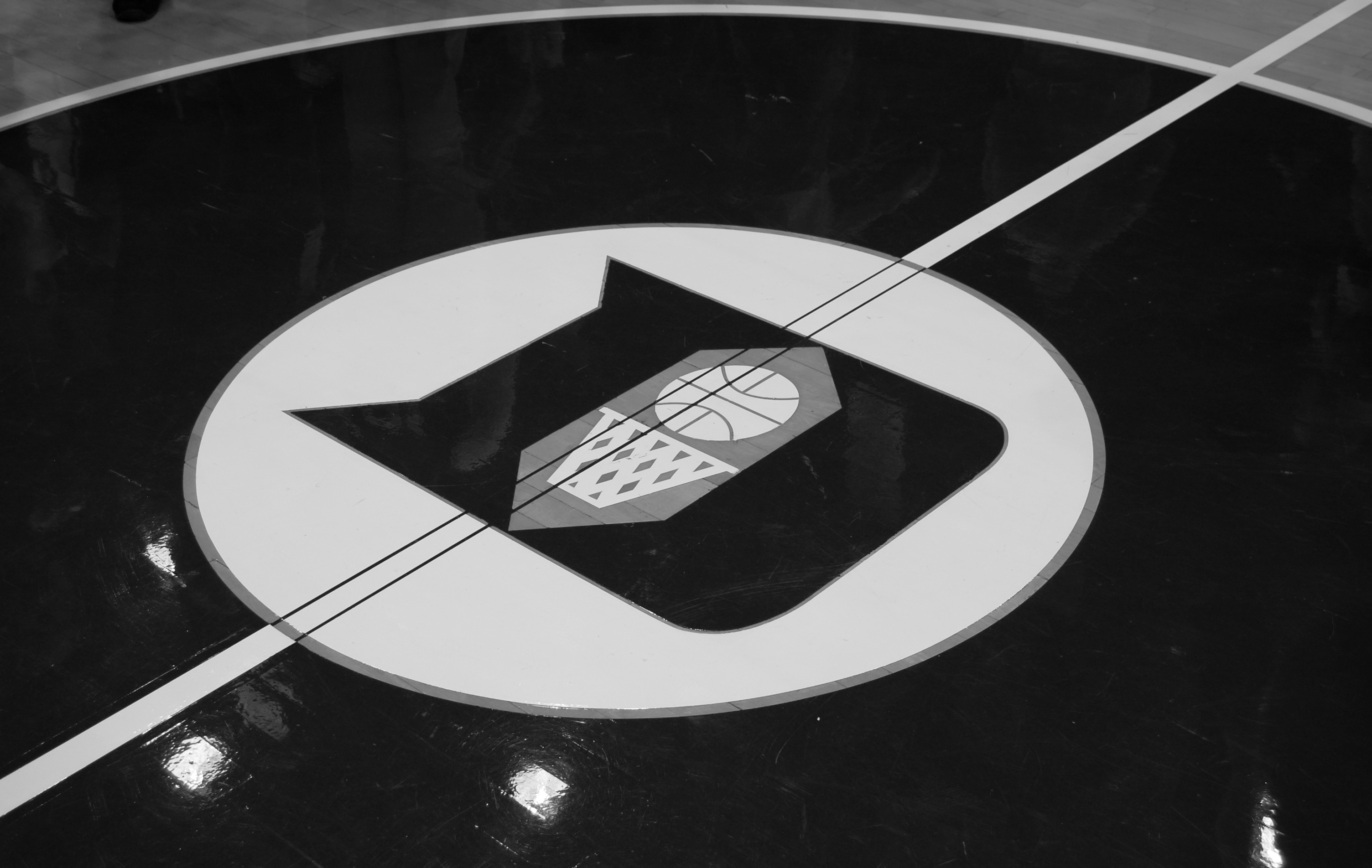 Love ‘em or hate ‘em, the Duke Blue Devils have sat at the center of the college basketball universe for the last generation, providing the greatest game some of its most memorable heroes – or villains, depending on one’s perspective.

Contributing to Duke’s magnetism is the Blue Devils’ home court, the 78-year-old Cameron Indoor Stadium. Regarded as one of the nation’s top sporting venues, Cameron Indoor stands a college basketball landmark unlike any other – the place where the “Airball” chant was invented, where Crazies live, where students camp out for access, and where some of the most intense NCAA basketball takes place. 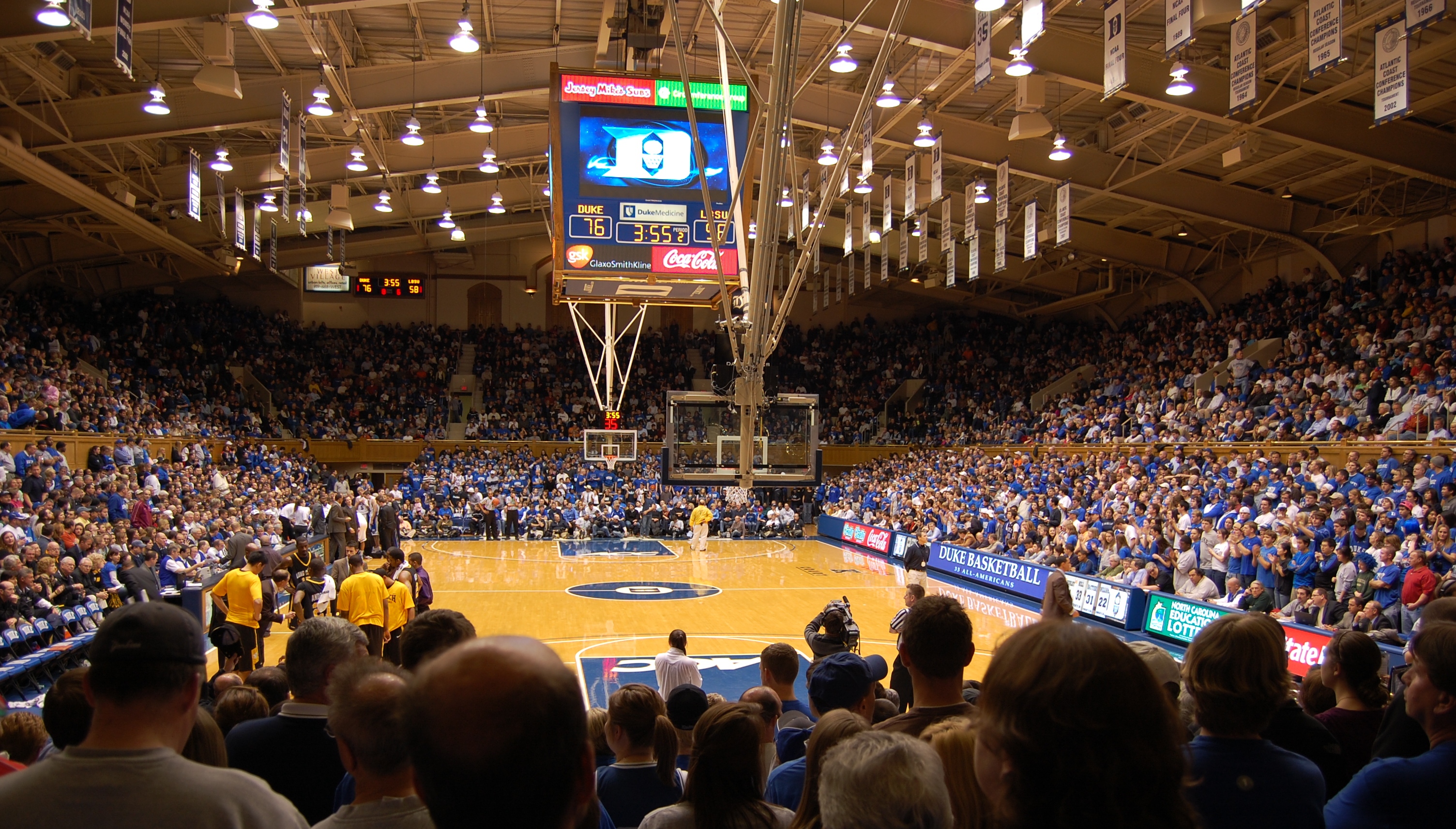 Cameron Indoor hosted its first game on Jan. 6, 1940. More than 8,000 fans – at the time, the largest-ever crowd for a basketball game in the South – witnessed Duke top Princeton 36-27. The Duke program has since racked up nearly 900 victories at Cameron, a spot named in honor of former Duke athletic director and basketball coach Eddie Cameron.

The largest indoor arena in the South upon its opening in 1940, Cameron is far from holding that title today, even with its capacity since boosted to 9,314. Among its ACC peers, in fact, Cameron Indoor Stadium is among the league’s smallest arenas. Only Boston College, Clemson, Georgia Tech, Miami, and Notre Dame have fewer seats. 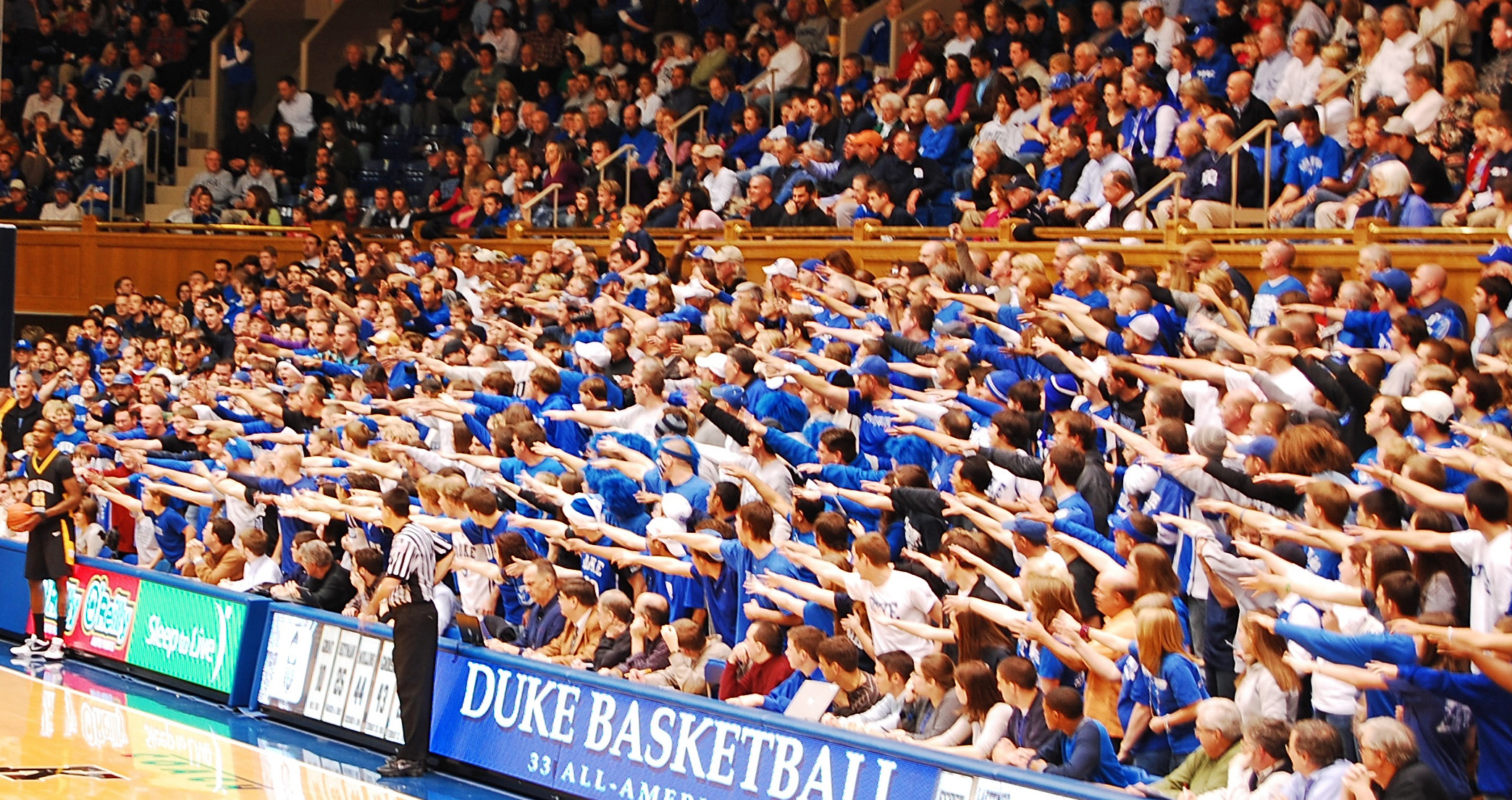 With seating for 8,800 at the time of its opening in 1940, Cameron was the East Coast’s largest indoor stadium south of the Palestra in Philadelphia. As remains the case today, the 3,500 folding bleacher seats on the floor are designated for students – well known today as the Cameron Crazies.

As the story goes, students turned to “creative harassment” of opponents in the 1970s as an antidote to Duke’s on-court struggles. The jeering has escalated ever since and, today, Duke hosts among the most raucous home court environments in all of college basketball. Former North Carolina star Jason Capel once said of Cameron Indoor: “You are not just playing against the five Duke guys on the floor, you’re playing against [the whole gym]. You have to stick together as a team ... [because] you can’t win there if you can’t keep your composure." 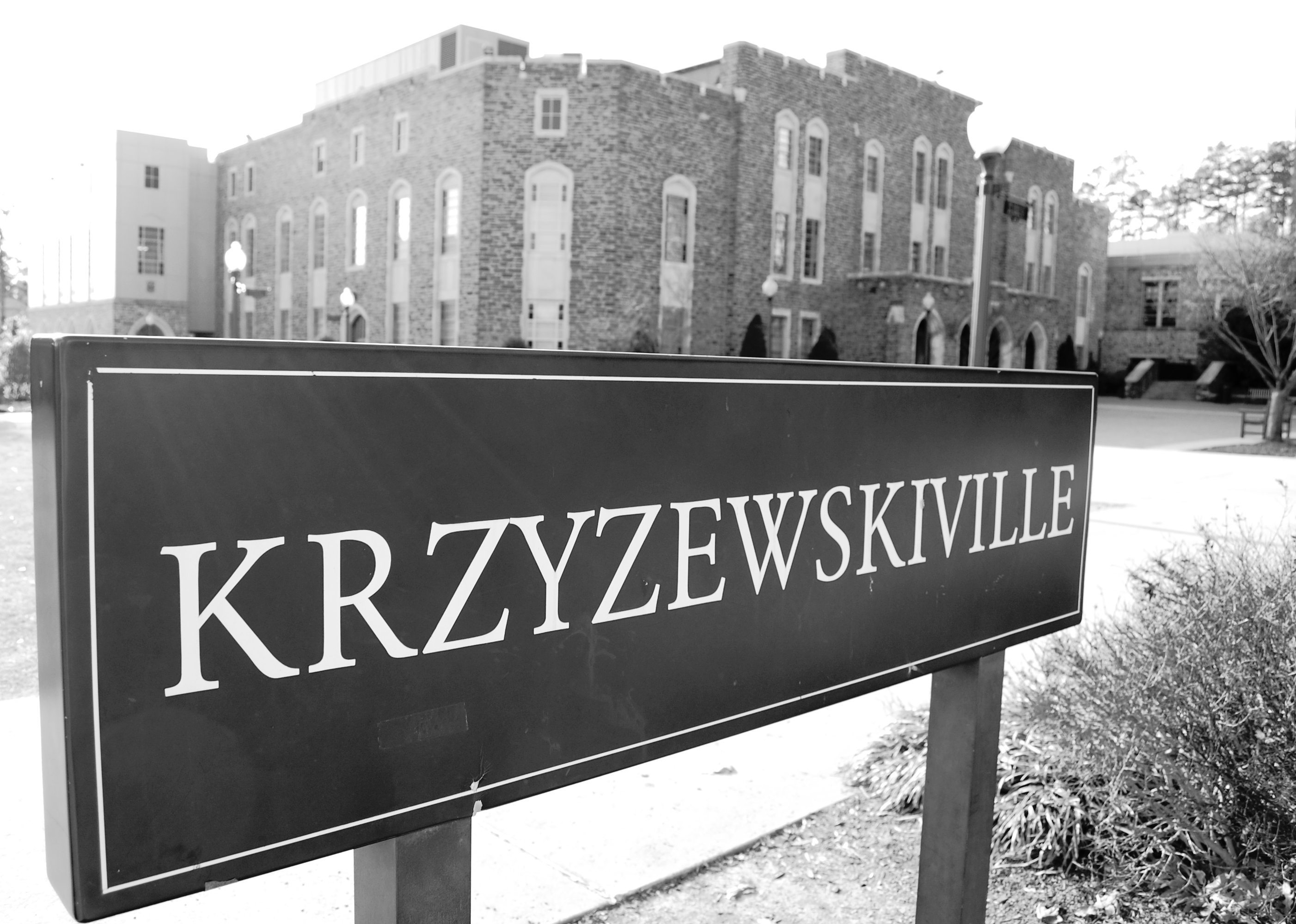 Cameron’s exterior doesn’t scream basketball arena. In fact, the Gothic-styled building – constructed of stone from the Duke quarry in Hillsborough, N.C., much like many other campus buildings – could easily be mistaken for classrooms or science labs.

Legend holds that Eddie Cameron and football coach Wallace Wade sketched out plans for a new basketball arena on a matchbook cover. The arena cost $400,000 to build, a handsome sum University leadership was only able to settle after the Duke football team topped Alabama in the 1945 Sugar Bowl. Over the last three decades, various renovation projects have ushered Cameron Indoor into the 21st century, including such elements as an electronic scoreboard, a Sports Hall of Fame, a new playing floor, and air conditioning.

The courtyard adjacent to Cameron Indoor, meanwhile, has been dubbed “Krzyzewskiville” in honor of Duke’s ballyhooed coach. As students camp out for access into a prized game, Krzyzewski himself has been known to visit tents, deliver pep talks, and even order pizzas for students braving the elements. 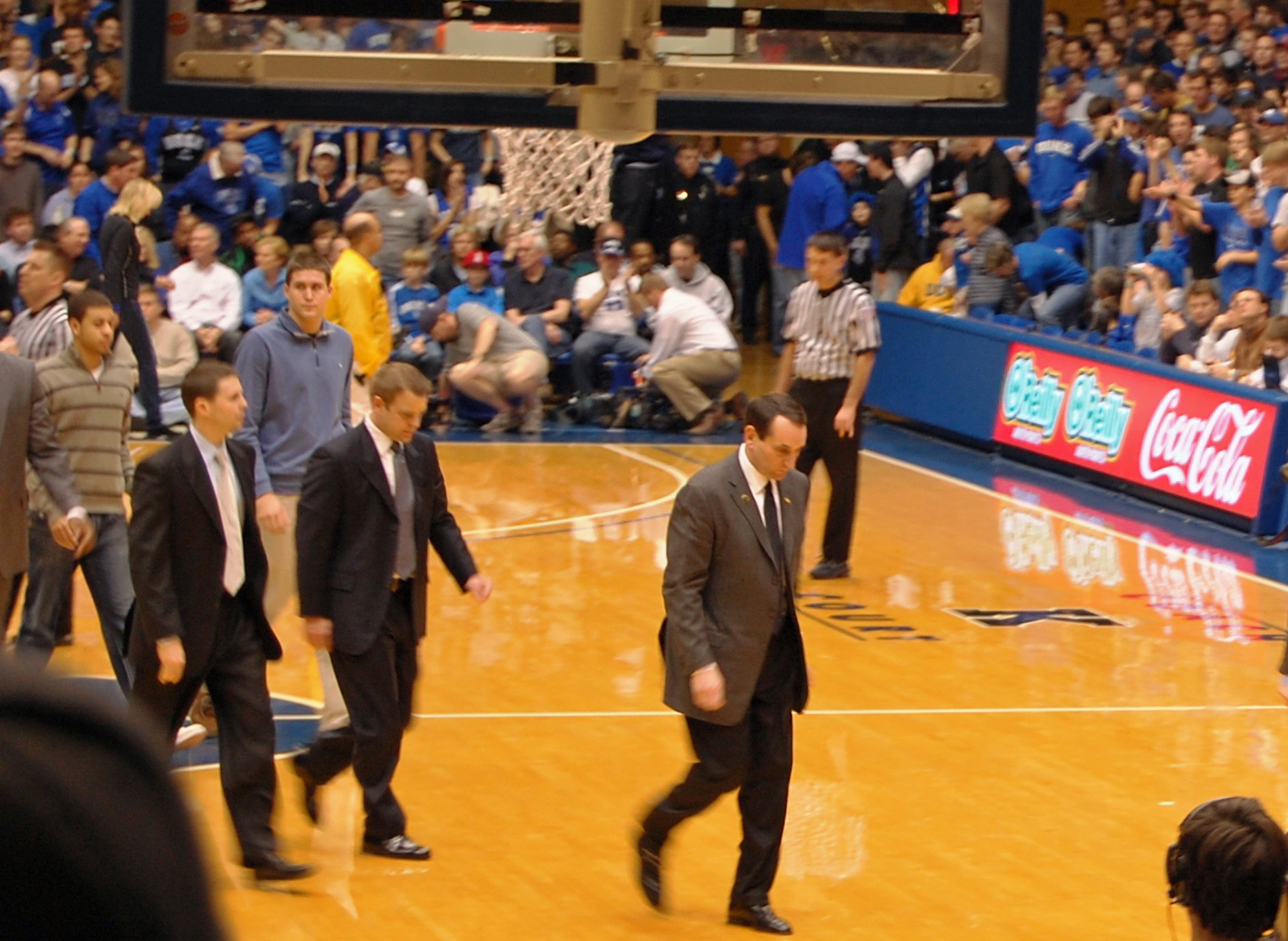 Hall of Fame coach Mike Krzyzewski apprenticed under legendary coach Bobby Knight at West Point before becoming Duke’s head coach in 1980. While Duke has emerged a top program under Coach K’s guidance, it surely didn’t start that way. In Krzyzewski’s first three seasons in Durham, the Chicago native sported an overall record of 38-47, including a 13-29 mark in ACC contests that would almost certainly generate a pink slip in today’s big-time college basketball world. By year six, however, Coach K had established Duke as a top program with a 37-3 record and runner-up finish in the NCAA Tournament. 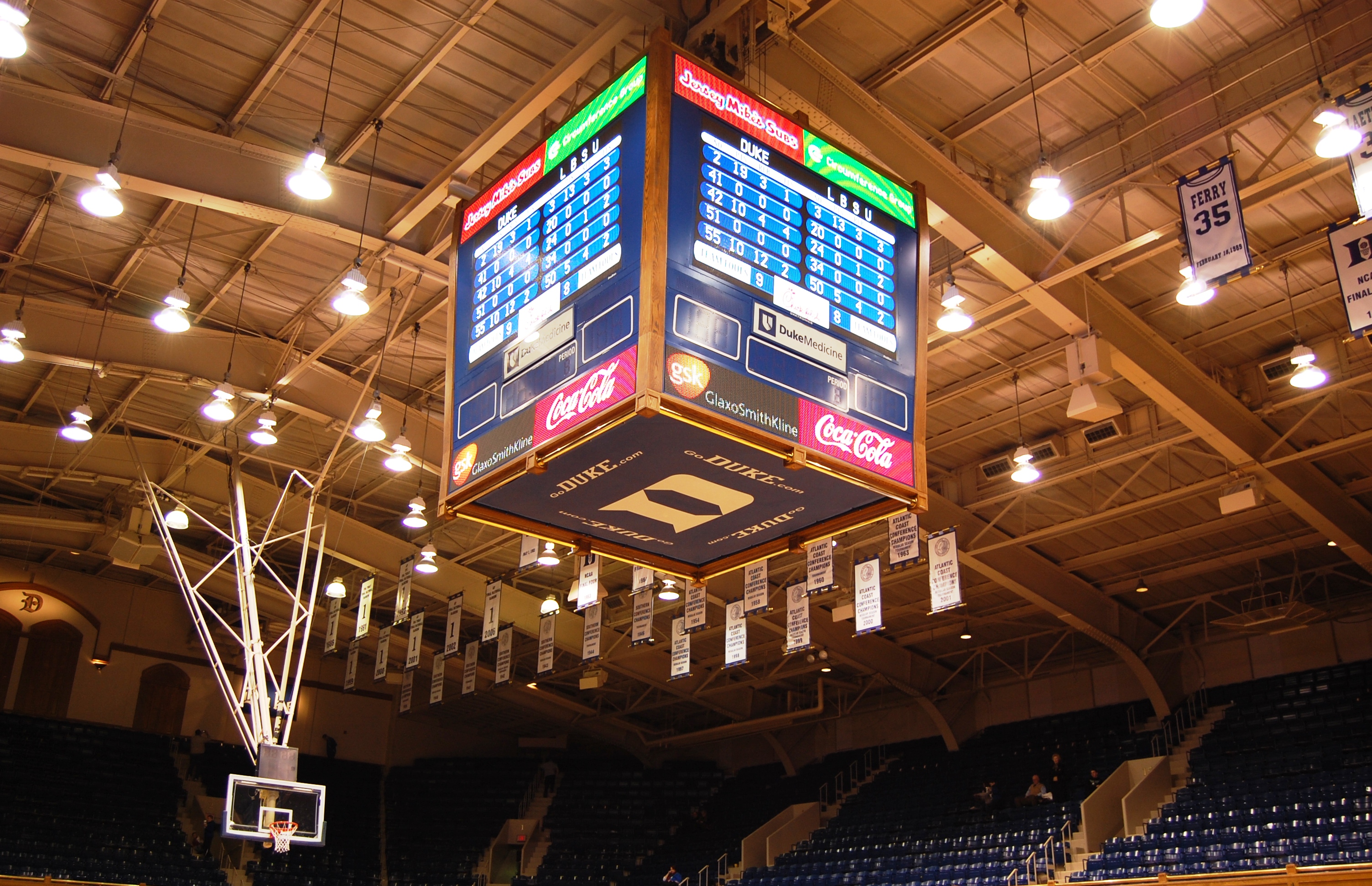 Cameron Indoor’s rafters are filled with banners celebrating Duke’s achievements – Final Fours, NCAA Championships, and more – as well as the retired jersey numbers of past stars like Danny Ferry, Bobby Hurley, Grant Hill, and Christian Laettner. The rafters also honor the accomplishments of Cameron’s other tenant, the Duke’s women’s program that has itself recorded four Final Four appearances over the last 20 seasons.