The Highest Rated “Who?”: Jerry Mullen of Basketball Roundball Report said Anthony Cade could have turned pro out of high school. Sadly, Cade never logged an NBA minute. A consensus top 20 prospect from Virginia’s Oak Hill Academy by way of the Bronx, Cade initially committed to Louisville, part of heralded recruiting class that include two other top-flight recruits in Dwayne Morton and Greg Minor. The 6-10 power forward never made it to Louisville, though, as academic troubles forced him down the juco route. After a promising two-year stint in the juco ranks, Cade seemed set to attend Oklahoma, though he never landed there, either. He declared for the 1992 NBA Draft. Undrafted, he turned to a career overseas and largely disappeared from the nation’s basketball consciousness.

The Diaper Dandy: A 6-8 forward out of South Lakes High in Reston, Virginia, Grant Hill ventured to Duke and immediately added pop to a team that had made it to the 1990 national championship game. Though he might have only averaged 11 points and 5 rebounds per game as a rookie in Durham, Hill’s presence in a line-up already boasting Christian Laettner and Bobby Hurley helped the Blue Devils stun UNLV in the Final Four and claim the program’s first national title in 1991.

The Best NBA Player: Make your case for Hill or Hardaway – two transcendent talents whose bodies betrayed them in the professional ranks – and they’d be solid ones. Both were multi-time All-NBA players and, when healthy, among the most dynamic players of their generation. But don’t sleep on Eddie Jones, who tallied more NBA win shares than anyone else in the Class of 1990. A 6-6 guard out of Pompano Beach, Florida, “Steady Eddie” starred at Temple before embarking upon a decorated, 14-year NBA career that included three All-Star nods, one All-NBA spot, and three All-Defensive teams.

The Sleeper: A small-town boy from Georgetown, Ohio, Brian Grant wasn’t listed among the nation’s top 100 prep prospects as a high school senior. At Xavier, though, Grant developed into an NBA lottery pick. Selected eighth in the 1994 NBA Draft, Grant enjoyed a dozen years in the Association with particularly strong seasons in Sacramento and Portland.

For Your Next Cocktail Party: At the bottom of Hoop Scoop’s Top 100 Prospects list sits a familiar name: Marbury. As in, Norman Marbury, the older brother of Stephon. A highly touted point guard out of Brooklyn’s Lincoln High, where he battled the likes of Adrian Autry and Khalid Reeves for prep supremacy, Marbury committed to Tennessee. According to a 1994 story in Vibe, the Vols rescinded their offer after Marbury fell shy of meeting academic requirements – 40 points on his SAT, to be exact. Thereafter, her became a basketball nomad, cycling from one college to the next before finally playing his one and only collegiate season at St. Francis College in Brooklyn Heights, New York. There, Marbury averaged more than 14 points in 23 games for a Terriers squad that went 1-26. 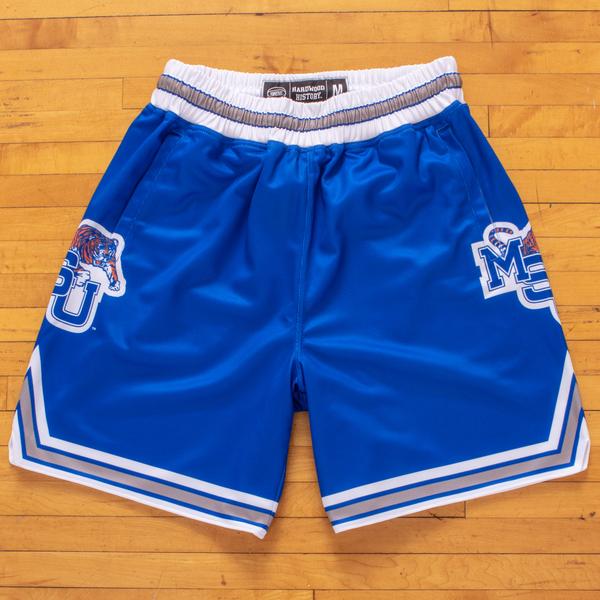