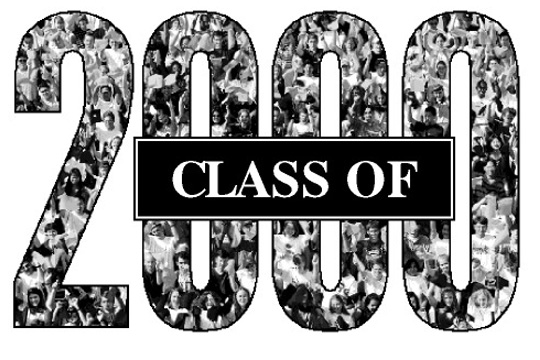 The Chart Topper: Zach Randolph. Rather than declare for the NBA Draft as classmates Darius Miles and DeShawn Stevenson did, the Marion High (Indiana) power forward ventured to East Lansing. At Michigan State, Randolph averaged 10.9 points and 6.7 rebounds, mostly as a reserve, and pushed the Spartans to the Final Four in 2001. After a 33-game freshman campaign, Randolph headed to the NBA, where the Portland Trail Blazers selected him with the 19th pick. He played 17 seasons in the NBA, earning one All-NBA nod, two All-Star appearances, and 2004’s Most Improved Player Award.

The Highest Rated “Who?”: Jerome Harper. The nation’s #13-rated prospect out of Keenan High in South Carolina, Harper was recruited by the likes of Georgetown, Maryland, Michigan, and UCLA before signing on with Cincinnati and Bob Huggins. On the same day he was named a McDonald’s All-American, however, Harper was arrested for assault. Cincinnati withdrew its scholarship offer and the 6-5 guard headed to Indian Hills Community College in Iowa for two seasons. Though committed to Iowa State, academic issues derailed those plans and Harper never played a minute of D1– let alone NBA – basketball despite his prodigious talent.

The Diaper Dandy: Eddie Griffin. The nation’s #2 rated recruit, Eddie Griffin captured the Wayman Tisdale Award as the nation’s top freshman. Starting all 30 games for Seton Hall, Griffin averaged 17.9 points and 10.8 rebounds per game for Tommy Amaker’s crew. It wasn’t enough to lift the Pirates into March Madness, though, as the Pirates finished a disappointing 16-15. Amaker lost his job and Griffin declared for the 2001 NBA Draft. After making the 2002 NBA All-Rookie Team with Houston, Griffin struggled to progress over five NBA seasons and his life took a sad turn. He missed the 2003-2004 season to substance abuse and died in a 2007 car crash.

The Best NBA Player: Dwayne Wade. Though nowhere to be found among the nation’s top 100 prep prospects in 2000, Marquette coach Tom Crean spotted Wade’s promise. While sitting out his freshman year as a Prop 48, Wade worked and worked and worked on his game. He emerged an immediate star for the Golden Eagles during his sophomore campaign when he averaged 17.8 points per contest. As a junior, Wade led Marquette to the Final Four after overpowering Kentucky with 29 points, 11 rebounds, and 11 assists in the regional final. The fifth pick in the vaunted 2003 NBA Draft, Wade emerged an all-time great in Miami. He captured eight All-NBA nods, won three NBA titles, and appeared in 13 All-Star games.

Outside the Top 100: Wade is the clear pick here, an under-the-radar talent who became one of the defining basketballs stars of his generation. But how about another sleeper in Jameer Nelson? After propelling Chester High to a Pennsylvania state title, Nelson matriculated to Saint Joseph’s University. Starting every one of the 125 games he played for the Hawks, Nelson was the consensus national college player of the year as a senior in 2004 as Saint Joe’s went 30-2. He then enjoyed a 14-year NBA career that included one All-Star appearance and averages of 11.3 points and 5.1 assists per contest.

For Your Next Cocktail Party: Zach Randolph was a true trailblazer, as the first Zach to play an NBA game. Other Zachs have followed, most notably Zach LaVine of the Chicago Bulls and Portland big man Zach Collins.

19nine Connections: Dwayne Wade sparked Marquette’s run to the 2003 Final Four in a navy-and-gold kit that featured an eagle on one side panel and each player’s number on the other side panel. Honorable mention to Marvin Lewis, a fringe top 50 talent who starred at Georgia Tech and fueled the Yellow Jackets’ 2004 run to the NCAA title game. 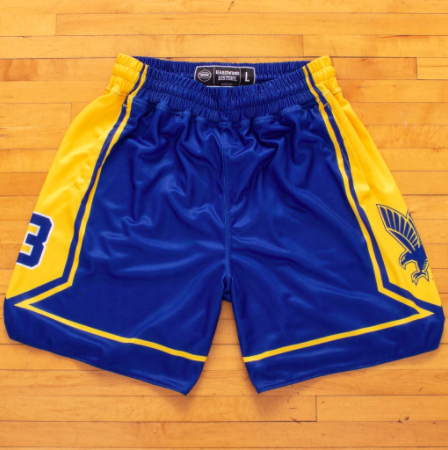