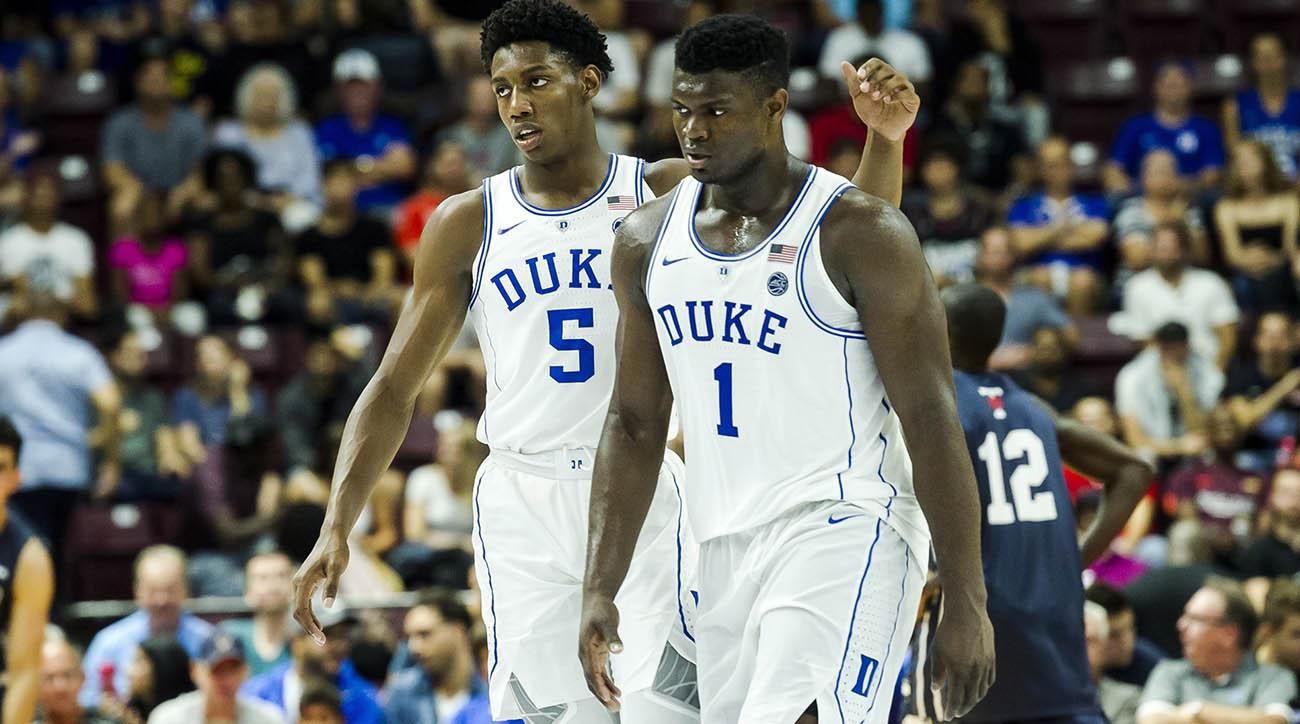 Let's Start with a bit of a review and a startling look at the first team from last year. It was a total aberration. I went back father than what was listed here but it is the absolute extreme that the first team is made up of the first five draft picks. It says two things about last years draft.

First, the players drafted at the top could play basketball. I'm not sure they'll remain the top five from that draft but they are all really good players. Second, the chances of this happening two years in a row have to be next to zero. With that in mind, lets look deeper.

The second team last year followed the more familiar pattern with a late first rounder and a second round pick. If we look at the two previous years we can see the role that injuries played and the spread of where players were drafted. In particular, Kuzma (27), Mitchell (13), and Brogdon stand out as big misses for teams. De'Aaron Fox, Shai Gilgeous-Alexander, Montrezl Harrell stand out as guys that went too late in previous drafts and players that fit the mold of today's NBA. Teams get stuck in picking players that fit a mold that was more appropriate for past generations. Last year Ayton stands out. He had a solid, if unspectacular rookie season, but ultimately he didn't make his team markedly better. If he doesn't become Embiid, does he matter? Like it or not the NBA has come to be dominated by big wings with shooting ability. You can find athletic bigs and you can find point guards later in the draft.

Here we go...These are the updated draft qualities I value the most...

2. The guy can shoot and or has decent form and just needs reps.

3. The guy has a motor that doesn’t stop (Think De'Aaron Fox)

4. I can picture the guy on the floor in the NBA Finals (This is where my dislike for Mo Bamba comes in)

Order I Believe it Will Go...

Order I Believe It Should Go...

1. Zion Williamson - This is the biggest no brainer since Anthony Davis.

2. R.J. Barrett - I worry about Ja's lack of defensive fire and shooting ability.

3. Darius Garland - Shooting with quickness. If you look a Kirk Goldsberry's shot chart you can see my concern for Ja. The best shots on the floor are 3s and layups or dunks. He's not a great finisher and not a great shooter. Take the shooter. 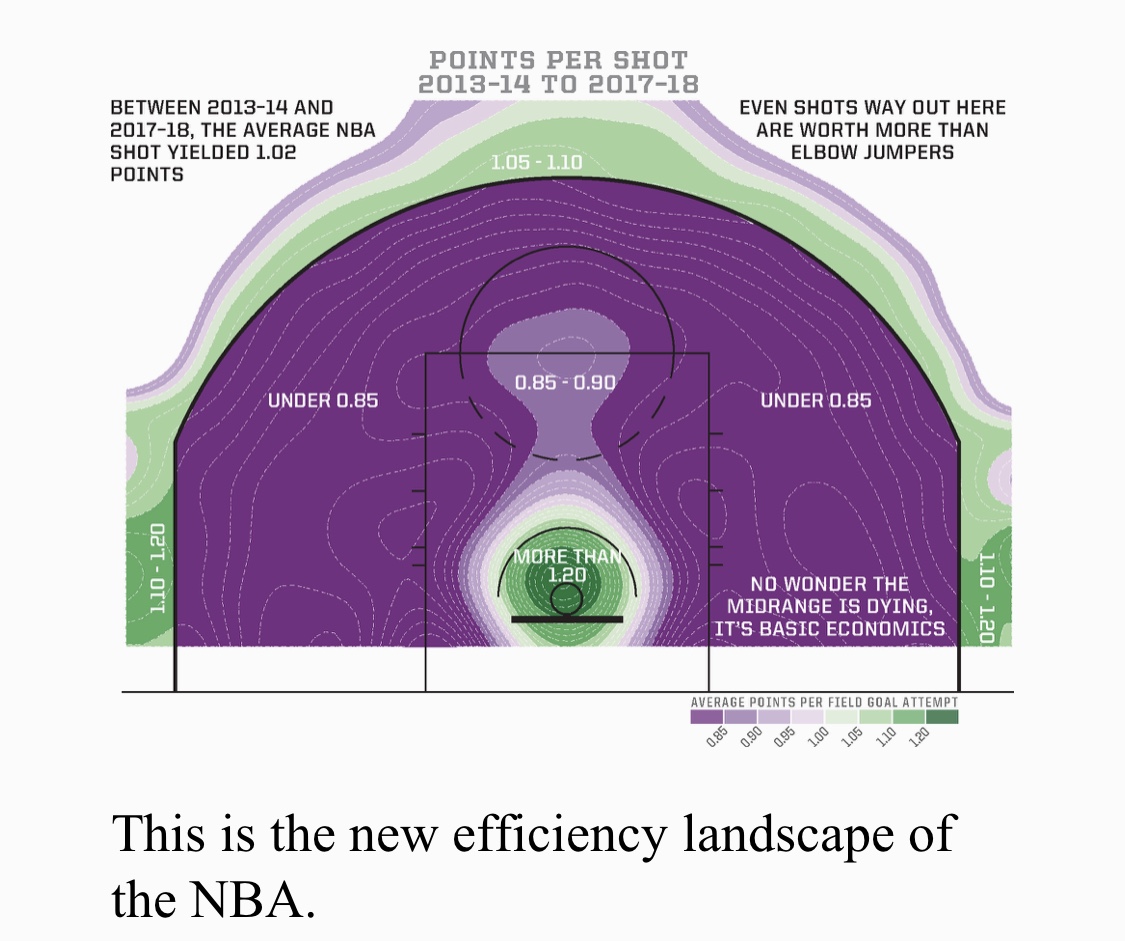 4. Ja Morant - On the other hand drafting him hear and then trading him to New Orleans would be a fun story.

5. Deandre Hunter - Caveliers need more mature guys who know how to play Hunter fits that to a T.

6. Coby White - He's been rising on draft boards. Suns need a guy with his kind of motor.

7. Jarrett Culver - I'm tempted to put Reddish here for my Bulls but I'm just too worried about his motor. Culver has a much higher floor.

8. Romeo Langford - The Hawks gambled last year and I think they do the same here with a guy who was injured but has the character and ability to reach his true potential.

9. Brandon Clarke - I want the Wizards to changer there culture this guy is going to bust his bleep for them and has upside potential as one of the best athletes in the draft. If he can learn to shoot from distance he could put himself on a Pascal Siakam trajectory.

10. Cam Reddish - Another guy with high upside who fits well with Trae Young.

11. PJ Washington - Showed some shooting in the tournament that could be a nice fit next to Towns.

15. Grant Williams - He's younger than you think and a bulldog.

I'll be back with a post draft blog in the days following the draft on June 20th.

Enjoy the draft! It's one of the best days of the year.