Heaven Is Definitely a Playground 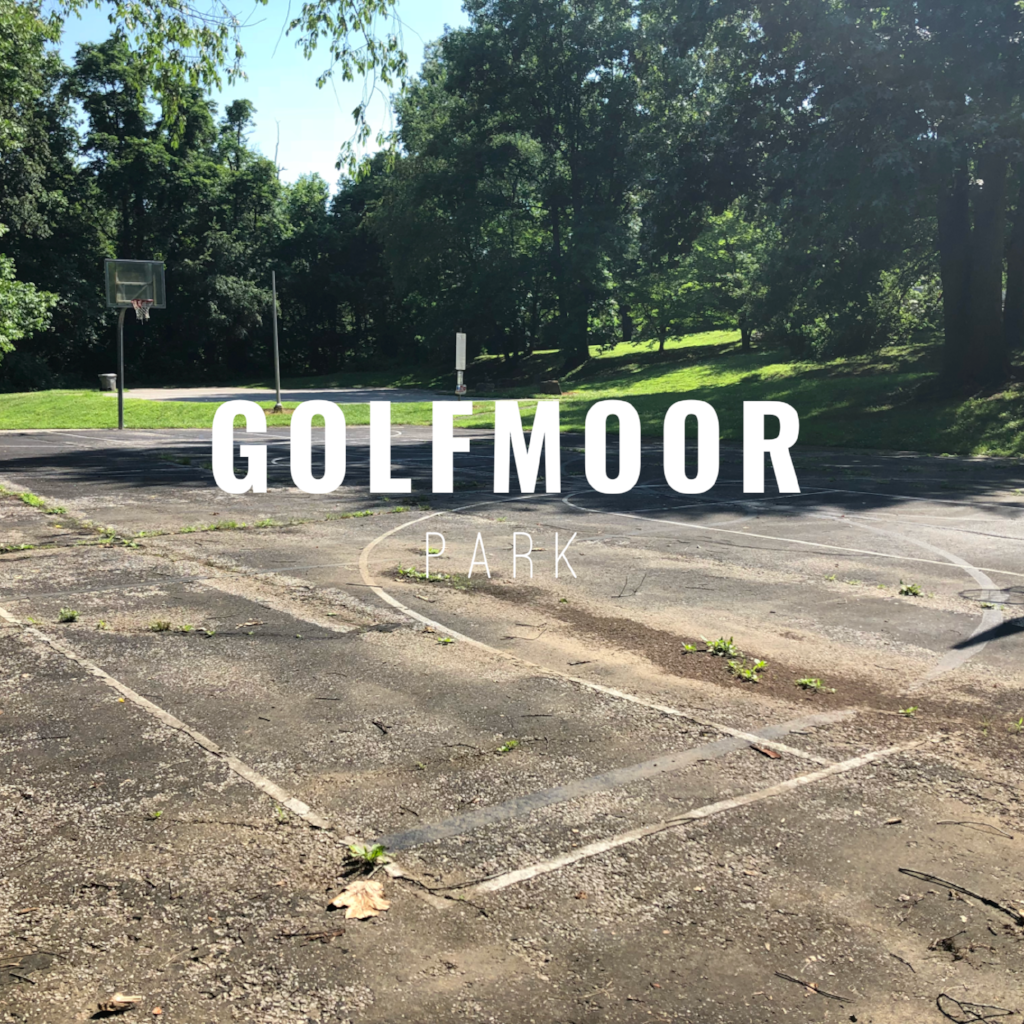 I grew up playing at Golfmoor Park in Evansville, Indiana.  Started going up there as an 8th grader to play against grown men.  In those days there was no 3pt line at Golfmoor. The court was small.  The top of the free throw half circle on one end connected with the top of the key on the other.  One end was banked up against a woods and a corner of that court dropped off a hill. There was also a piece of shit fence behind that goal and if the ball bounced over it was headed down the hill and into the woods.

Games were 4 on 4.  To start it was the first four to hit a free throw, and then the next four.  Whoever was left over had next and would pickup the next however many they needed as more people showed up.  If I remember correctly games started at 11am, Saturdays and Sundays. With or without you.

All 1s.  Games to 20.  Switch at 10. Win by 2.  Always. Winners got to choose ball or which basket they wanted to start the game with.  The Golfmoor vets always knew to pick the basket opposite of the fence. That goal had a rock hard rim, and more of a bounce off the backboard.  The other goal was the exact opposite. Wasn’t exactly 10ft, so people dunked on it a lot more making it super friendly to shoot on. Backboard was more dead too.

We had our share of “legends” up there but none more so than “Berf”.  Your right of passage at Golfmoor was to get absolutely baptized by Berf.  Happened to me first time I went up there with my buddy Wes who was a year older and had been playing up there awhile before me.

We walk out on the court and Wes tells says, “Barnett, you’ve got him,” while pointing at Berf.  I look at this dude and in my mind I’m thinking “this dude doesn’t know what I’m about to do to him.”  In hindsight, he was looking at me and saying the exact same thing. But Berf wasn’t imposing. He was maybe 5’7, military cut up top, a few flowing locks in the back, Fu Manchu Stache.

His shot looked identical to how he passed so you never had any idea if he was shooting or passing.  He could come into the lane, pick up his dribble, glide about 3 inches off the ground, put the ball behind his head with both hands, then could reverse it to either hand to get off a one handed runner from the free throw line.  Shit was unreal.

He killed me that day.  And many days after that.  If you ever run into anyone that mentions playing at Golfmoor in the 80s, 90s, and early 2000s you can bet your ass they got baptized by Berf.

My heaven is that playground.  Nostalgic for me. Simpler times man.  Just wake up and go play ball with your friends.  Competing against older guys, trying to earn respect and work on your game at the same time.  The battles, the plays, the stories and the memory of friends that are no longer with me all make Golfmoor a very special place to me.  I hope my family knows I’m not joking when I tell them I want my ashes spread there when my time is said and done. Now it’s in writing!

Follow us on social media and let us know where you played, the rules, the legend, etc.  Links are below.