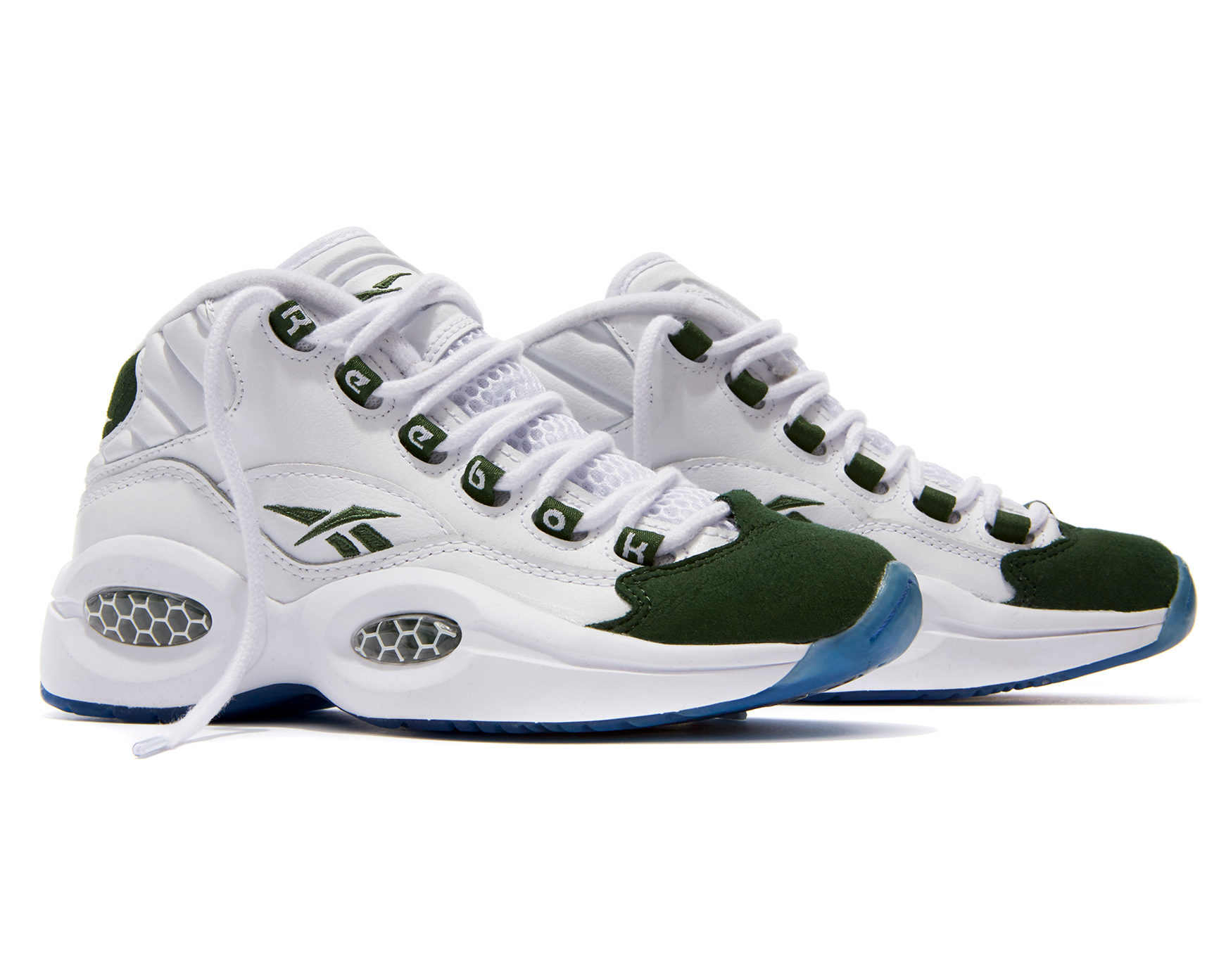 In the summer of 1996, the Reebok Question was a high-stakes gamble that no big box retailer was ready to take on.

By the fall of 1996, the Reebok Question was the must-have sneaker for kids across the country as red-hot rookie Allen Iverson had the NBA on tilt.

For that fall and many back to school summer shopping seasons to follow, the Reebok Question was a fixture on the courts, in the streets and even in the suburbs. While the shoe’s wide ranging appeal was enough to span shades far removed from Iverson’s Philly threads, it was soon giving back to school supremacy a new meaning by outfitting Reebok sponsored universities across the country.

Over the course of the late 1990s and into the new millennium, the likes of the Texas Longhorns, Wisconsin Badgers and UCLA Bruins would all wear Iverson’s iconic Question in their own team tones. While all programs wore them well, no one would give them a second life quite like the Michigan State Spartans.

Led by back-to-back Big Ten Player of the Year Mateen Cleaves, the East Lansing squad fueled by Flint’s finest would silence all cynics in their team-exclusive Reebok Questions. Perfectly paired with the team’s Greek uniforms, the elite fraternity of high-flyers like freshman phenom Jason Richardson and high-fivers like beloved walk-on Matt Ishbia all added amaetuer appeal to the shoe once worn by the NBA’s leading little man.

For Michigan State, the Reebok ride lasted about five seasons with the last year of the contract seeing Tom Izzo’s quartet of Flintstones rolling over all skeptics in their green-toed Reebok Question PEs. After cutting down the nets in Indy in April of 2000, the Michigan State Spartans were the National Champions for the first time since Magic met Larry.

Mateen Cleaves would return to East Lansing for the team’s championship parade on crutches with White/Green Air Jordan XVs on his feet. Izzo’s school would soon sign with Nike, sporting Swoosh sneakers for each Midnight Madness to follow.

Still, history will always recall Mateen Cleaves dancing on the floor of the RCA Dome with net in his hands, Spartan shorts on his legs and team-exclusive Questions on his feet.

By the spring of 2000, all bets were off against the oft doubted Reebok Question, now officially in the green.