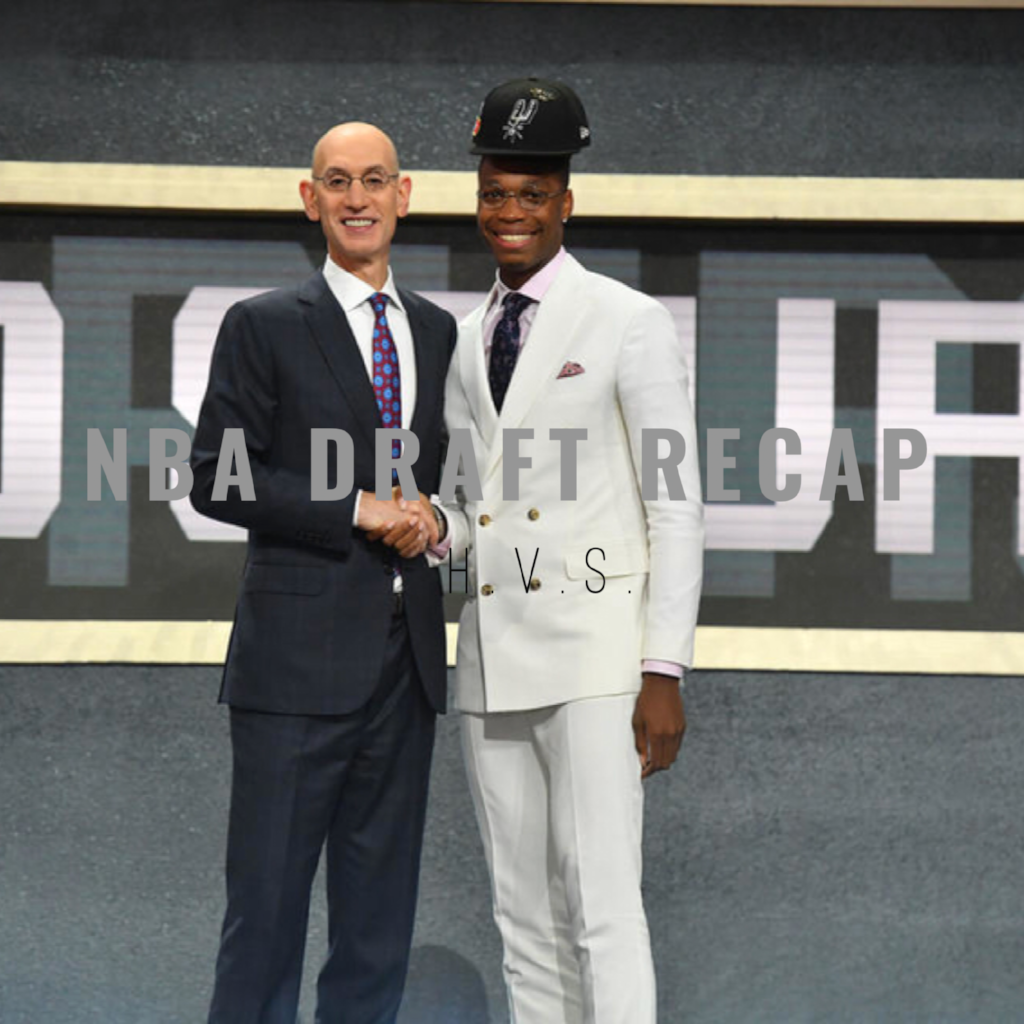 If you read my NBA Draft Preview I felt I owed you a follow up.  So here is my 1st round recap complete with text exchanges between myself and Josh as the draft developed in real time.  As always we encourage you to follow us on social media and extend the conversation there...

Yawn...I think he’ll be a fine pro and if he decides to play defense a potential all-star. If he doesn’t I could see him being Dwight Howard 2.0 and not the Magic version of Howard the current version. You’re probably thinking Howard is trash but his stats for 2018 were, Points 16.6, Rebounds 12.5. If Ayton puts up those stats the Suns would have to be ecstatic. The problem is big men don’t move the needle in 2018.

Good news for the Kings they picked someone who knows how to play basketball. Now they just have to figure out what to do with all the other people on their roster that don’t know how to play.

JB - "So far my favorite part of the draft was learning Docinic or however the hell you spell it doesn’t have an international plan on his phone. How. In. The. F**k!"

AM - "Right I’ve got no internet WHAT! Fire your agent now!"

This years Anthony Bennett Triangle Shaped iPhone Award goes to The Atlanta Hawks. I get the allure of Trae Young but he’s more likely to become JJ Barea than he is Steph Curry. People used to do this with Jordan all the time. Remember Harold Minor, probably not, here’s what his coach said after he had an inglorious few years in the NBA “I always felt the worst thing to happen to Harold was the ‘Baby Jordan’ moniker.” Tagging Young with the next Curry is the 2018 equivalent. Luka, on the other hand, has a floor of Hedo Turkoglu and I think he’s almost as good right now as Hedo was at his peak. A strong draft lesson, look for guys with high floors if they aren’t going to reach their ceiling at least you have something... It’s better to be Tyson Chandler than Eddy Curry.

Perfectly fine pick. He’s got a high ceiling. He comes from a quality program. Not sure he fits with the current composition of the team but he will bring something to the table. On a different note. I love that jacket

Another team I’m totally confused by. They are the least interesting team in the league and most likely worst team in the NBA. Congratulations Orlando welcome to another year of irrelevance.

I’m a Bulls fan from my earliest memories. While six championships are about all you can ask for in a lifetime it was tough to see the DRose version of the Bulls implode amidst injuries and Thibodeau’s ridiculous minutes. I’m hopeful but not excited. The Bulls are still in search of their marquee.

Goodbye Lebron and thanks for the memories. The second time was even better than the first.

How do you respond to a bunch of people who don't even know you booing your selection?  Just like this... “They booed Kristaps Porzingis too.”

JB - "Why the hell did the Sixers do that trade?"

It was absolutely brutal to watch this. Mikal and his mom's reaction (she works for Sixers HR) then find out moments later he’s heading to Phoenix. Welcome to the NBA young man.

Don’t love point guards who can’t shoot. The Clippers could get Elfrid Payton for nothing. I’m not sure this guy is any better. He was a good free throw shooter though and ultimately it’s better not to argue too hard when Jerry West is picking.

Another perfectly fine pick. The Hornets though have been horrible at drafting so maybe we all missed something and he’ll be out of the league in 4 years.

This was the first pick I didn’t really know. Again not going to argue with The Logo but would have to assume there are some trades coming out of LA since they have about 20 guards now.

Either his back is worse than has been reported or people really didn’t appreciate that he was selling himself as a combination of Kevin Durant and TMac.

JB- "With the 17th pick in the 2018 NBA Draft the Milwaukee Bucks select Toby Bailey from Villanova."

I think DD is way better than Toby Bailey but his rise to stardom reminded me of Bailey.  Starred for a National Championship team, loads of potential, athletic, etc.  I would have loved to have seen DiVincenzo for one more year at Nova as the man.  Side note: he's identical to the player I would create as myself on NBA2K...

JB- "Without a doubt the greatest hat moment in the history of the NBA Draft."

19. Kevin Huerter - Atlanta building the homeless mans Warriors should make the 8th seed in time to be absolutely destroyed every year by the Sixers and Celtics.

AM - "Mike Miller is furious to be compared to Heurter. Did Chauncey ever watch Mike Miller play?"

AM - "Donovan Mitchell swagger-jacked Allens moment. This might be a good thing for his career. He wasn’t meant to be an A-Lister."

I can’t stand the Celtics. I hate them even more right now with their embarrassment of riches. Then they steal a guy at 27 who could’ve gone in the lottery. Hopefully, there is more of this (Robert Williams admits oversleeping introductory conference call with Celtics). Especially since I already looked up the way to early draft for next year when the Celtics have Sacramento's pick and right now they are projected to take Romeo Langford!!!!!

Until next year folks...