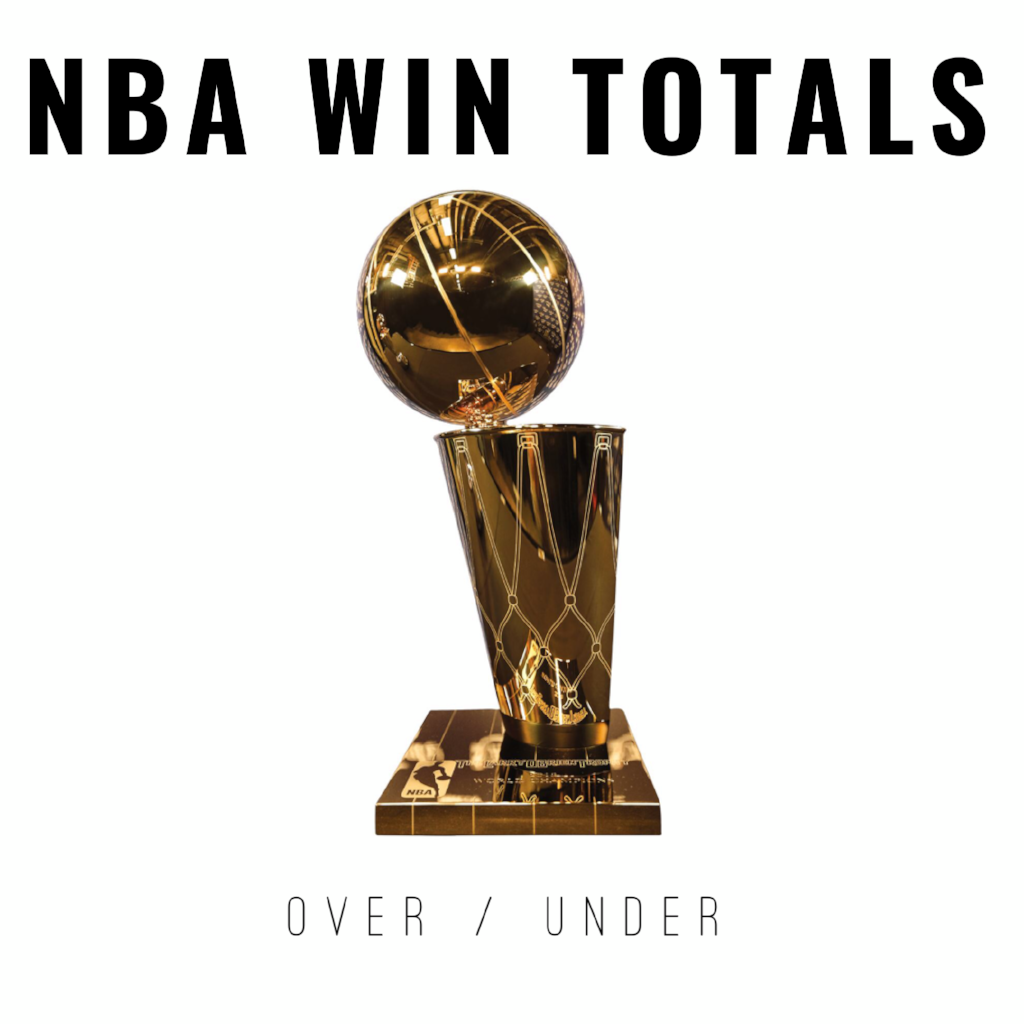 Fortunately, it is that time of the year again.  BASKETBALL. IS. BACK!!!!  It couldn't have gotten here any sooner as the NBA bumped up their start date by a couple weeks but we aren't ones to complain.  Over the next two days I will give my over/under win totals for each team in the league starting with the Eastern Conference today.

I've also enlisted the help of our 11 year old NBA Guru Luke Shoobridge.  After watching some March Madness games with him last year I feel pretty confident that he will become an NBA GM when he grows up.  We put his knowledge to the test and had him pick OVER/UNDER's for each team as well.

May the best man win!

Aaron Meyer: Unless they get Butler this team is the Miami Heat west coast version. They might not have the cap problems which sets them up for next year that does not help them in any way this year the west is too loaded and they’re missing that je nu se qua the essence just like the Heat. UNDER

AM: I’m probably showing a bit of Doncic fanboy here but I like this team to be sniffing around the playoffs. Jordan is better than Chandler was when they made their finals run Mummy Dirk Dennis Smith Jr. and Doncic this might be my league pass team. OVER

AM: This one is another living dangerously pick because they are perpetually injured. Like their rookie and just believe that if they can even have a bit of injury luck they can win 35 games. OVER

AM: Hate this team they just fired their GM. The just hired a new coach Booker has a broken hand. Their rookie won’t make anyone better. UNDER

AM:  This team is the reason people hate analytics. They actually toyed with the idea of playing 4 on 5 on Defense because they could keep a guy at the other end. Instead they play 5 on 5 but it seams like 4 on 5 because their defense just sucks. I like a few of their players. Yogi’s on the team along with Bagely but if you are relying on rookie’s, journeymen, a guy that’s torn both ACLs and Willy Cauley Stein you’re going to be the worst team in the league. UNDER

AM:   They are getting lots of buzz for second best team out west. I agree if Gobert stays healthy they will have a better regular season than the Warriors or the Rockets if either of those teams has any bad luck. OVER

AM: People think that Melo was the problem. Unfortunately as much as I love him I think it’s Russ. He’s a bit like Ayton he makes people better but on his terms and he doesn’t always understand when to elevate his game and when to elevate the game of his teammates. It was something Jordan had to learn too. Russ still doesn’t have it. UNDER

AM:   Tough saying UNDER but I think they will miss the guys they lost more than then know. Rondo was just flat out good for them. I would have them right around 46 wins on Davis alone but I do worry that if they start slow if the trade machine really heats up on him.

AM: Jimmy Butler. Also Andrew Wiggins got max money and he sucks. You have to love sports where you can make 120 million dollars and absolutely not help your team win. Truly incredible. UNDER

AM: Dejounte Murray out for the season with ACL hurts, Lonnie Walker out 6-8 weeks as well. At some point then miss the playoffs after 21 years this is the year. Spurs out. UNDER

AM:  They were the 3 seed last year. I don’t know why they would go backwards. Both of their stars are in their prime and DAME Dollar is underrated again. He’s always going back and forth but that guy is good. OVER

AM: Maybe Boogie energizes them if he comes back even 75% of himself. If so then they get to this number. Otherwise I don't think they get there.  Regular season wins aren't the goal here. UNDER

AM:  Don’t think they care about the regular season either.  If they’re close to the one seed they’ll go for it again but they need Chris Paul and Harden healthy to have a chance against the Warriors. UNDER

AM:  Lebron = 50 wins when he’s healthy. I don’t see this team being any worse than last years Cavs team and should have at least a little less controversy. Though the hype machine will be at an all time high in LA-LA Land. OVER

Aaron Meyer: Hammer the UNDER on this one. Last year they had a coach Budenholzer who wanted to win this year there are no reservations. They are drawing a straight line to RJ Barrett or Zion.

AM: I’m confused by the Knicks. I’m going UNDER because Porzingas is their only real player but you never know with Knox who seems as predicted better than where he was drafted.

AM: I had this as over but I’m going UNDER with Lauri out for 6 weeks arresting his development I just don’t trust the coach the organization or the players It’s going to be another tough year.

AM: Whoa unto the Cavs fans they’ve been writing themselves into the NBA finals for the past 4 years no more. I’m going to take the slight OVER on Kevin Love and just a carry over of Swag but they are on a downward trajectory and will end up out of the playoffs.

AM:  My least favorite team. I hate everything they are doing. They are building the Charlotte Hornets maybe even a worse version because at least the Hornets have Kemba. UNDER

AM:   This one seems easy to me under trade Kemba to LA midseason and Tank for Zion or RJ. UNDER

AM:  Competing with the Lakers for the strangest team in the NBA. As Bill Simmons aptly named him they have the Dwightbola virus, overweight heavy partying quickly aging John Wall who still can’t shoot. Brad Beal who I love, Otto Porter who I always forget is on the team Obre who is one of those talented but never quite gets there guys destine to become the next Jeff Green oh and they have Jeff Green. UNDER

AM:   Love Giannis not sure I love anything else about this team. Giannis seems destined to leave and join Kevin Durant in NYC. OVER

AM:   Long live Victor Oladipo! OVER

AM:  I'm going UNDER unless they get Butler. 2nd highest payroll if you count Bosh’s salary which you can’t really do but I’m sure they think about it when making decisions. Even without him they have the 5th highest payroll and I just don’t know what this team is. Embiid ruined Whiteside. They need Jimmy!

AM:  This one seems simple they are just too injury prone. I have no reason to believe in them. UNDER

AM:  Love their versatility. I believe in Nick Nurse. There is some similarities between Toronto and Cleveland in year 1 where David Blatt had trouble with that team but only if Kawhi isn’t himself. I think they will thrive though. And what if they decide to go for Jimmy? I know it’s speculation but that could make two really interesting eastern conference teams. OVER

AM:  Love their versatility. I believe in Nick Nurse. There is some similarities between Toronto and Cleveland in year 1 where David Blatt had trouble with that team but only if Kawhi isn’t himself. I think they will thrive though. And what if they decide to go for Jimmy? I know it’s speculation but that could make two really interesting eastern conference teams. OVER

AM: I hate this team, I love this team. Though I desperately want them to fail I love the way that they play basketball. Individually I love some of their players. It’s a bit like Lebron. I’ve never been a fan of his teams but always liked watching him play basketball. OVER