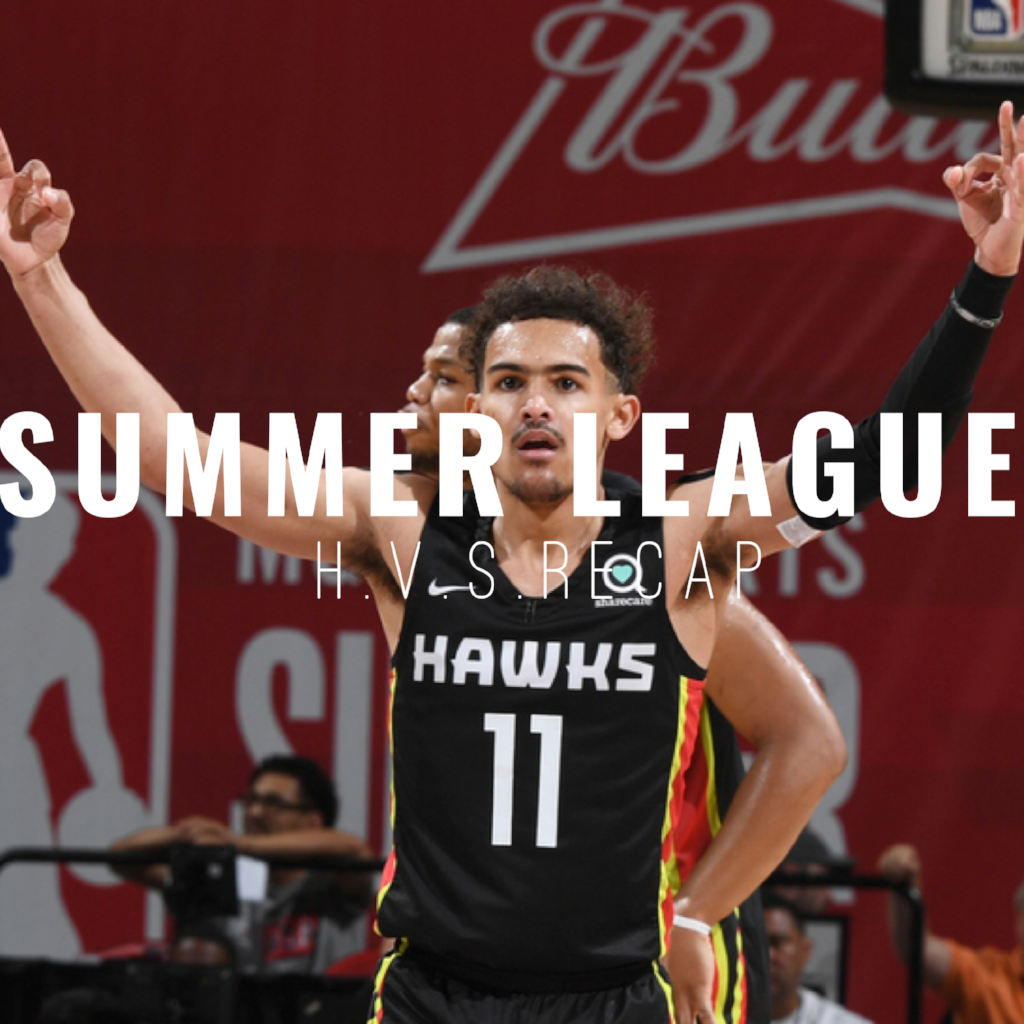 Ever since they started televising the NBA's Summer League it has given basketball junkies like myself the basketball fix I needed in a time where no other basketball is being played.  I wish it truly lasted the entire summer.

The Summer League gives young players the opportunity to show who they are.  It also gives the fans something to look forward to and a chance to get close to the next stars of the NBA.  I figured since I put out a Mock Draft Blog and an NBA Draft Recap Blog that it only made sense to see it all the way through and finish it off with a quick recap of what stood out to me as I watched the Summer League.

Dragan Bender - Suns-  If you’ve been in the NBA for three years are 7’0” and show up at Summer League putting up 7.0ppg. Time to get that one way ticket to Europe booked.

Josh Hart - Lakers- Will be starting next to Lebron in the fall. He won the MVP of Summer League and was the best player here.

Marvin Bagley III - Kings - Either needs to eat a lot or get with Z-Bo and learn some toughness. Marvin you’re not playing in the ACC anymore. He looked overwhelmed at times.

Luka Doncic- Dallas - Minor flex, he didn’t even play but showed up and sat on the sidelines like Ben Simmons or Donovan Mitchell. Do we know if he has cell phone service yet?

Trae Young- Atlanta-  Was horrible. So bad that he is already trying to avoid being compared to Steph Curry and instead compared himself to Steve Nash. Not a great shift there considering Steve also has 2 MVPs.

Wendell Carter Jr. - Bulls - I’m holding my breath on this one. He looked better than any rookie bigman.

Collin Sexton - Cavaliers - So the Cavs traded Kyrie Freaking Irving for Collin Sexton and lost Lebron in the process. If you’re a Cavs fan you cannot be feeling good about this.

Kevin Knox - Knicks - Already thinking I should’ve had him higher. He looked awesome. Needs help with his shooting but is more athletic than I thought.

Miles Bridges - Hornets - Had some nasty Dunks. If I were a summer league player this year I’d have wanted to be Miles Bridges.

Grayson Allen - Jazz- Didn’t show much but got into a HOLD ME BBBack fight with Trae Young so A+ so far.

Robert Williams - Celtics- Right after the draft I said, “ I can’t stand the Celtics. I hate them even more right now with their embarrassment of riches. Then they steal a guy at 27 could’ve gone in the lottery (I’m already wrong on this one it’s barely been a month)”. First we remember, Robert Williams admits oversleeping introductory conference call with Celtics. Since missing the conference call he also missed his flight to Vegas, which caused him to miss practice. On top of that he reported losing his wallet 3 times while in Vegas. That’s the funny part.  On the serious end he has an artery condition in both of his legs. Rough start for Mr. Williams.