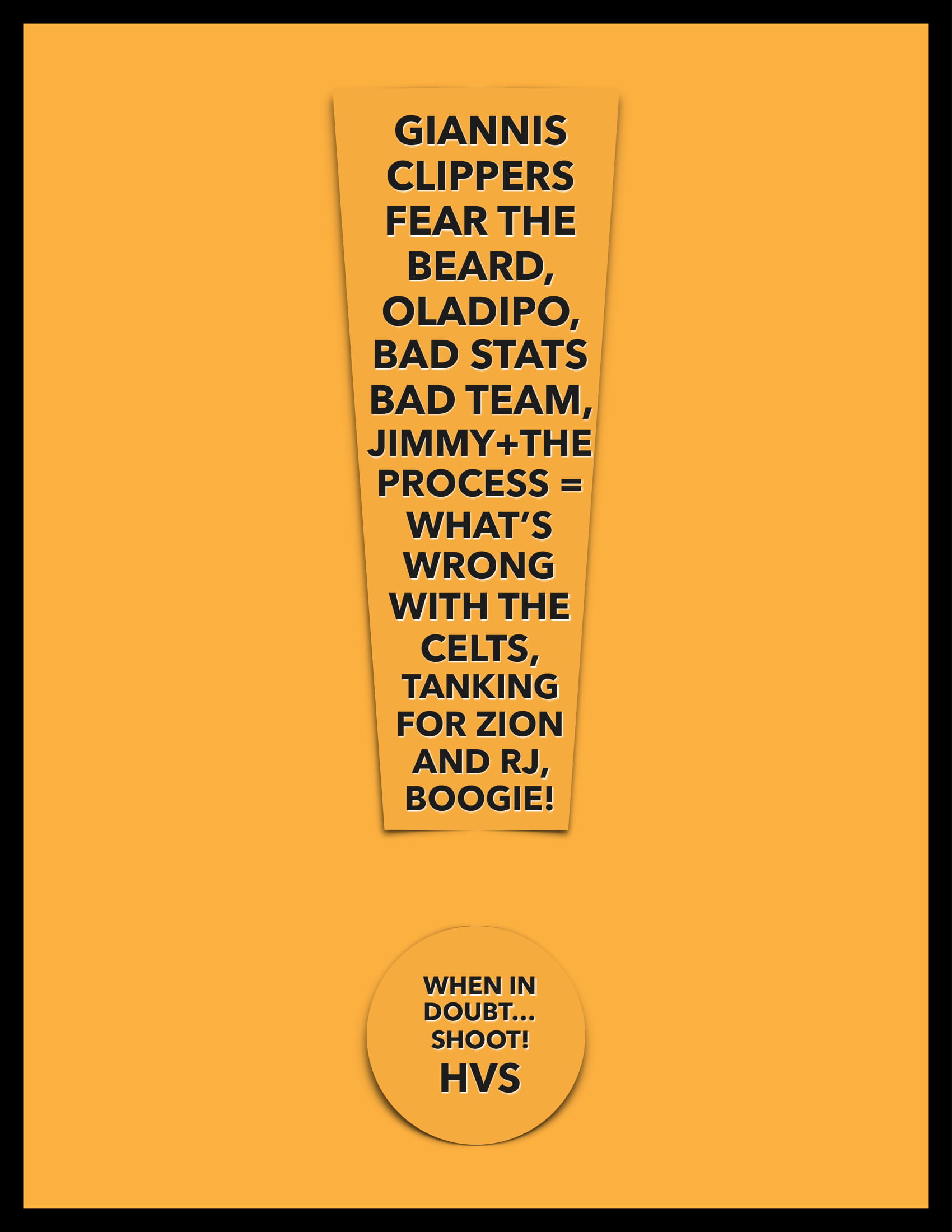 There are things that adults should know and bs there way through and there are things that are intuitive or just have so many variables that the playing field is gloriously leveled. In the original I went up against Luke Shoobridge a burgeoning NBA fanatic. Let's check in to see where we are and teams are as the Playoff's start to come into picture.

Update = Busted: They look way better than predicted. Unless they crater we are off on this one and they have suddenly jumped into contention for KD next year.

Update = Looking Good: Luka might already be my favorite player in the NBA

Update = Too Close to Call: This looked like a lock for a minute and Jaren Jackson might be MVP of the league someday but the West is loaded this year.

Update = AMs first Win: Sorry Luke this one isn't going to work out.

Update = Busted: Kings look way better than I ever expected they might beat this win total this week! At least they are still the Kings in the draft passing on Luka for Marvin was a colossal mistake.

Update = Probably a Win for Luke: They are looking more like themselves and could make a run at it but it was a brutal start to the season.

Update = Likely Busted:  I never mind being wrong when one of my favoite players is having a career year. PG is carrying this team to the over.

Update = Leaning towards AM: It won't be close because AD is now on the market. The only question now is how much they blow it up and if they trade or sit AD for the rest of the season.

Update = Leaning towards AM: I could've written exactly the same as I did for the Pelicans except changed KAT for AD. He has played great since Jimmy was traded.

Update = Probably a Win for Luke: Luke crushed it on this one. I didn't see this team coming together. I must've said never bet the under on them for the last 10 years but I did not see this coming.

Update = Looking Good: This one was almost too easy. Still seems like they will cruise past this mark.

Update = Leaning towards AM: I've got this one in the bag unless Boogie comes back and they rip off another historic win streak.

Update = Leaning towards AM: Feeling good about this one too but wow James Harden is amazing. I mean everyone wonders what Jordan would look like today. Yes he drove more but he might have looked more like James that we think if he came up under the new rules and expectation to shoot 3s.

Update = In Big Trouble: This is how fragile these things are. One LeBron groin injury they will almost certainly miss that win total and may miss the playoffs if he can't get back soon.

Update = Looking Good: They have been awful as predicted and Tre Young is the rare bad stats bad team rookie. Could be an all time mistake passing on Luka.

Update = Leaning towards AM: Unless The Zinger comes back and pushes their young core they are racing to the basement and praying for KD as they should be.

Update = Leaning towards AM: Seem to have a decent young core but nothing that excites me. Would love to see them "rest" some guys or come up with a couple of mystery injuries to lower that win total even further.

Update = Leaning towards AM: How good is LeBron. Cleveland might be the worst team in the NBA without him and The Lakers are cratering as soon as he got hurt. At least they will probably luck into the first pick again.

Update = Leaning towards AM: They don't have anyone special but they are a fun team to watch. If they are on TV check them out.

Update = Leaning towards AM: A franchise in disarray. They have no building blocks and are just good enough to miss out on anyone special this year as well. Thankfully they can still point and laugh at The Wizards.

Update = Leaning towards AM: Kemba is doing Kemba things outside of that they may sneak into the playoffs only to get bounced in the first round.

Update = Lock AM: I have never felt so good about an under pick and so quickly had my suspicions confirmed. The Wizards are Basketball Hell and the Washington fanbase could be the most cursed in all of NBA Basketball.

Update = Looking Good: MVP and Coach of the year on the same team. Let's see if they can continue this in the Playoffs.

Update = Looking Good: Olidipo hasn't even had as good a season as last year but this is just a team that plays well together and compliments one another. They are the opposite of the Wizards.

Update = Leaning towards AM: This team confuses me. They don't look terrible and occassionally look good. They haven't been able to sustain any type of success for more than a few games. Jazz east

Update = Leaning towards AM: As long as Kawhi stays healthy they are heading to the Easter Conference Finals. Who will they face. That's still unclear.

Update = Toss Up: Feels like they should be better. They might need a different coach. There is too much negative coverage and real negative stories surrounding this team.

Update = Luke for the Win: I have no idea what is going on. I thought that by this point Stevens would've figured it out. Maybe now he'll reconsider the IU job. I see a couple of possiblities. Kyrie wants out and is a locker room cancer or the young guys played above their true potential and have come back down to Earth. They won't miss the playoffs but they're far from the juggernaut they seemed.

There are two things that stood out most to me. The first is Luke's Nostradamus like prediction that the Celtics would go under. They are perhaps the most disappointing team in the NBA this year. The second is the West being so crazy. I don't think our predictions were poor I just think it's a strange year in the West. It has been a fun season even if it has been a bit confusing or hard to predict.