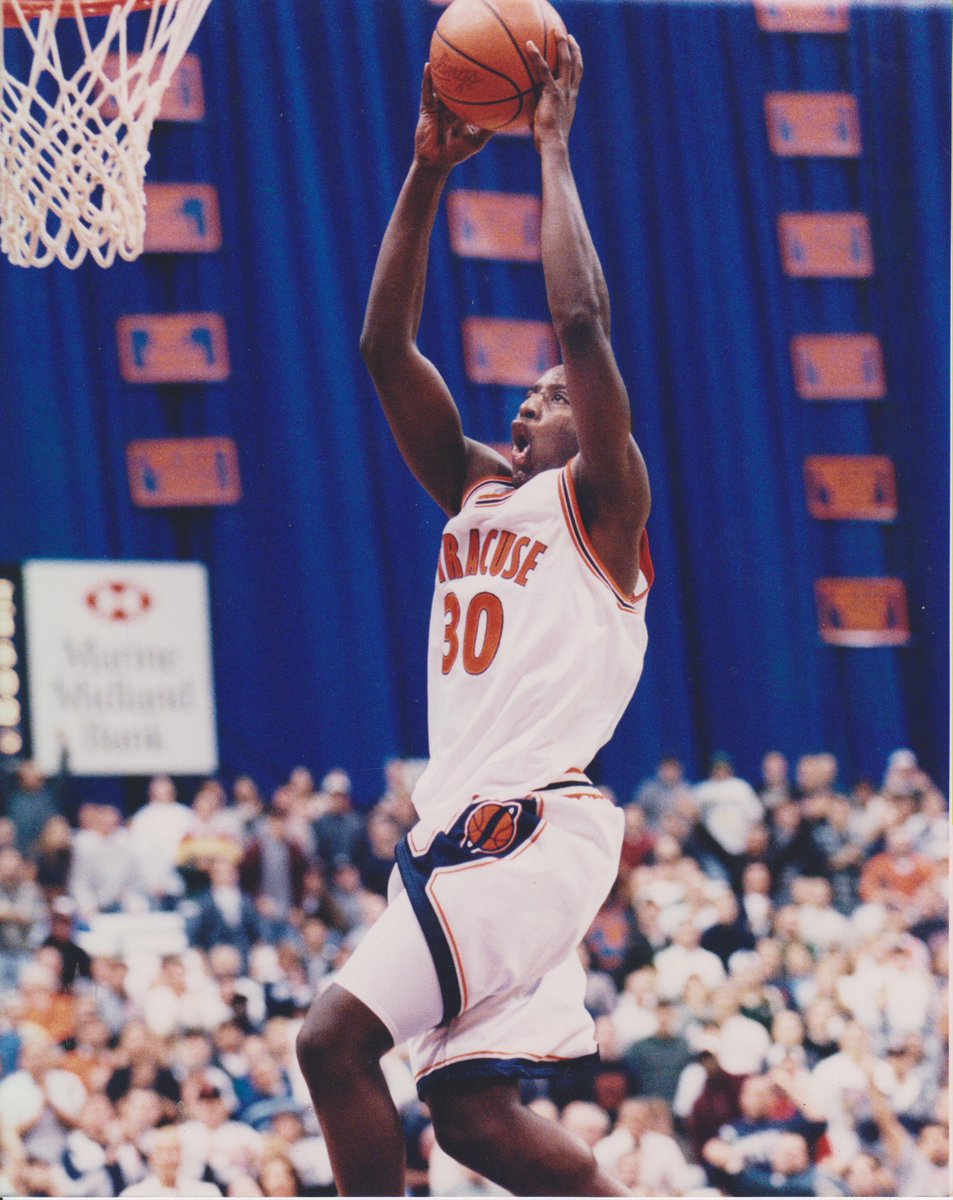 The Cuse miracle that almost was

As the 1995-1996 college basketball season began, few would have bet on Syracuse navigating the long, winding road to the Final Four.

Though the Orange were coming off a respectable 20-10 season and returned one of the nation’s top players in senior forward John Wallace, Cuse head coach Jim Boeheim had to replace three starters, including Lawrence Moten, the program’s all-time leading scorer.

In the preseason top 25, three Big East teams – Villanova, Georgetown, and UConn – comprised the top six. Syracuse sat outside the top 25, lingering in also-receiving-votes territory. The Orange, most prognosticators thought, would be good, not great – a solid fourth team in the top-heavy Big East.

“If you’re going to play like this, you can go home,” Boeheim told Hill.

Hill took his coach’s order quite literally. The bulky center walked off the court and left the Carrier Dome. Thereafter, Gaze dropped 49 in leading his Australian squad to a 99-97 overtime victory.

Hill would return, of course, and Syracuse would overcome a shaky preseason to reel off 11 wins to the start the season, including victories over St. John’s, #3 Arizona, and #12 Illinois.

“Our players are ready to go,” Boeheim said prior to the Illinois game at the Rainbow Classic in Hawaii. “They’re focused in on playing good basketball.”

After Christmas, Syracuse stumbled, losing five of seven, including suffering an 18-point drubbing at the hands of top-ranked UMass – all of this despite Wallace’s steady play.

“The rest of the way, we’ve got to give [Wallace] some more help,” Boeheim said amid the mid-season swoon.

That help came as fifth-year senior point guard Lazarus Sims proved a steadying hand, Hill and J.B. Reafsnyder manned the inside, and Todd Burgan emerged a productive force in his second year. Boeheim and his team regrouped throughout Big East play and the Orange won eight of their last nine in the regular season, an end-of-season run that featured a 21-point smacking of eight-ranked Georgetown at the Carrier Dome.

Carrying that momentum into the Big East Tourney, Syracuse downed Big East newcomer Notre Dame and then Boston College to earn a spot in the semifinals against UConn. There, the Huskies pounded the Orange by 18, their second victory over Syracuse on the season.

Still, the Syracuse Post-Standard observed: “SU enters the NCAA Tournament with a loose attitude, an NBA lottery pick (Wallace), a savvy point guard, two solid centers (Hill and Reafsnyder) with the potential to elevate their games to something more, and an athletic small forward (Burgan) whose best basketball days stretch ahead.”

In the NCAA Tournament, the fourth-seeded Orange dispatched Montana State and upset-minded Drexel in the opening weekend before eking out a two-point overtime victory over Georgia and a three-point win over Kansas en route to an unexpected appearance in the Final Four.

At a Wednesday pep rally at Syracuse City Hall before leaving for New Jersey, junior guard Jason Cipolla said this wouldn’t be Cuse’s final party.
“We’re not going to let this end Saturday night,” Cipolla told the amped-up crowd. “We’re going to come back Tuesday and party even more.”

At the Izod Center, Cuse downed a Mississippi State-squad led by Erick Dampier to give Syracuse its second-ever chance at a national title, a shot at redemption following a gut-wrenching 1987 loss to Indiana.

“It’s April, two teams are left and one of them wears orange. The last time that happened, Keith Smart shot down a dream. This time, the ride itself has been a surprise party. Win or lose, joy or tears, this gift is ours to keep,” wrote Post-Standard columnist Sean Kirst before the national title game.

Unfortunately, Cuse was facing one of the most talented teams in recent college basketball history, a Rick Pitino-led Kentucky squad featuring nine – yes, nine – players who would log NBA minutes. While the Orange, a 14-point underdog, offered a valiant effort, Kentucky scored a 76-67 victory and the program’s sixth national title.

“They should be as proud as Kentucky is,” Boeheim said of his 29-9 team following the title-game loss. “They gave everything they had, and that, as a coach, is all you can ask for.”

Burgan, who would develop into an All-Big East performer, offered his own take.

“We didn’t get over the hump and win the national championship, but I was proud. You have a lot of mixed emotions, but you have to be very, very proud because there were a lot of teams that were home just wishing they could be in this position. … Right now, I’m proud. I’m not satisfied, but I’m proud."