Tales from the Bench: Michigan State 2000 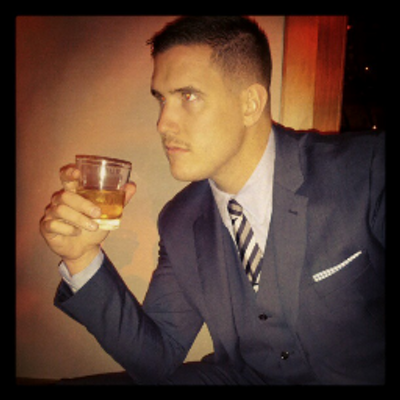 Jason Andreas was on the bench the last time a Big Ten team won the national title. A redshirt freshman during the 1999-2000 campaign, Andreas watched his Michigan State teammates down Florida for the national title on April 3, 2000 in Indianapolis. In this edition of “Tales from the Bench,” The Chucker, High-Volume Shooters’ resident historian, and Andreas discuss that championship season, its secret sauce, and head coach Tom Izzo’s influential presence.

Andreas’ father, Dan, and uncle, Bill, both played at Ohio State and Andreas, a native of Sugarcreek, Ohio, thought – and hoped – he might follow in their footsteps. But the Buckeyes’ interest was tepid in Andreas despite his burly 6-9 frame and status as one of Ohio’s top prep prospects. Michigan State coach Tom Izzo told Andreas he needed a big body to rebound, play defense, and set screens. “And I was happy to fit into that system. More than anything, I just wanted to play in the Big 10.”

The summer before school started, a 17-year-old Andreas headed to East Lansing to get in some pre-season training with his new teammates. Within 30 minutes of his first weightlifting session, Andreas was over a trash can puking. “Even the intensity of summer weightlifting sessions was something so different than I’d ever experienced before.”

That wasn’t Andreas only “Welcome to MSU” moment. “Early on, a group of us freshman rolled into a 3:00 p.m. team meeting about 2:58 p.m. When we walked in, all eyes were on us. Mateen [Cleaves] pulled us aside and told us getting there at 2:58 p.m. was late. From that moment on, I wasn’t late for anything ever again.”

Coming off a 33-5 season and Big Ten title, the Spartans entered the 1999-2000 season with high expectations and a #3 national ranking. “We weren’t an overly confident or cocky team – that’s not how Michigan State or Coach Izzo approach things – but having Morris Peterson and Mateen Cleaves come back for their senior year, there was an air that we weren’t going to lose. Those dudes came back to win.”

In the season’s first exhibition game, Andreas broke his foot. The injury forced Andreas into medical rehab. Around that same time, Cleaves broke his foot, and the two – a freshman farm kid from Ohio and the team’s senior star from Flint, Michigan – formed an unlikely bond over pool work and rehab exercises. “I had not and have not ever been around a guy who’s such a natural leader. It’s hard to put a finger on, hard to quantify, but Mateen says the right things and does the right things at the right time.”

Though the Spartans pulled out a 10-point victory at #2 North Carolina on December 1, the non-conference slate didn’t go as planned. On December 30, the Spartans fell to Wright State 53-49, a loss that dropped MSU to an unexpected 9-4 heading into Big 10 play. Following the Wright State game, Andreas recalls a few different players-only meetings that galvanized the group. “We came away from that Wright State loss determined to be the best team in the country. That was the turning point for us.” The Spartans followed by winning 12 of their next 14 games.

On a team headlined by upperclassmen Morris Peterson, Cleaves, and Charlie Bell, Andreas recalls a number of unsung heroes propelling the Spartans’ success. “A.J. Granger was a senior who didn’t get a lot of press, but he was a guy who carried us at times. David Thomas stepped up and played point guard while Mateen was injured. And Andre Hutson was the glue of that team and one of the toughest guys I ever met. He might only have eight points and eight rebounds in a game, but his fingerprints were all over a game. We knew he was special even if outsiders didn’t.”

The scout team, meanwhile, featured the likes of future NBA star Jason Richardson, then a freshman, and Mike Chappell, a former high school All-American. “Mike was a huge recruit who transferred in from Duke. He was the unofficial scout team leader and he did that without complaining. We all took being on the scout team seriously. If we weren’t prepared and giving it our all, there’s no way our starters were going to be ready.”

And then there was Mat Ishbia, a Jewish kid from Birmingham, Michigan, that Andreas calls “the human victory cigar” because he entered games when victory was secure. “But you couldn’t sleep on Mat. Some of the fiercest matchups in practice were between Mateen and Mat. There were times Mat would drop three or four buckets in a row on Mateen and that ignited everything.” Andreas says Cleaves now works for Ishbia as a leadership coach. 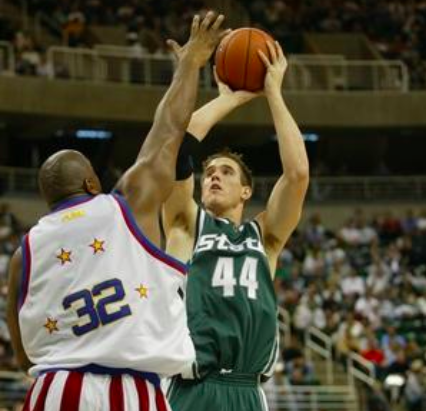 “Bottom line: there was a lot of player ownership and cohesiveness on that team.”

After winning the Big 10 regular season crown and tournament title, MSU earned a #1 seed in the NCAA Tournament. The Spartans downed Valparaiso and Utah in the first weekend before facing Syracuse in the Sweet 16. At halftime, MSU trailed the Orange by 10. “That was our ‘Come to Jesus’ moment and there was a lot of challenging each other in the locker room.” MSU outscored Syracuse 51-24 after the break and rolled to a 75-58 win.

In the Elite Eight, MSU faced Iowa State at the Palace of Auburn Hills, a short drive from the MSU campus. Despite an overwhelmingly pro-MSU crowd, the Spartans struggled to pull away from a game Cyclones squad. With just over 2 minutes to go, Peterson slipped backdoor and skied for an alley-oop pass from Cleaves. The dunk solidified MSU’s grasp on the contest. “Never in my life have I heard an arena so loud.”

Heading to Indianapolis for the Final Four, Andreas remembers a focused and determined team. “Once we got there, there was no way we were going to leave without winning.”

MSU faced a familiar foe on Final Four Saturday: Wisconsin. It was the season’s fourth meeting between the two teams. “That’s a team we hated playing against. You knew it was going to be a battle because they were so tough and well prepared.” The Spartans won 53-41 behind a 20-point effort from Peterson and a 10-point, 10-rebound performance from Hutson.

The win over Wisconsin set up a title-game tilt with a Florida squad led by Mike Miller and Udonis Haslem. When Cleaves rolled his ankle with 16:44 left, he had to retreat to the locker room with the Spartans clinging to a six-point lead. While the injury prompted unease, it also allowed the team’s hard-earned cohesiveness to shine over the next five minutes. Bell took over at the point and bench guys like Chappell and Adam Ballinger hit big shots. “When Mateen returned to the game, I swear it seems he had tape up to his knee. But we had weathered the storm and were ready to keep it rolling.” The Spartans cruised to an 89-76 victory and the program’s first national title since 1979.

Andreas played the following four seasons for the Spartans, appearing in 119 games and earning nine starts before graduating in 2004. His role for MSU was just as Izzo promised: to set screens, play defense, and rebound. “He was an intense coach to play for and he demanded more than I thought my body or brain could ever do.”

Asked to reflect upon an opponent that impressed, Andreas doesn’t hesitate. “The easy answer is Carmelo. We hosted Syracuse in 2002. I’m a junior who’s been in the weight room for three years and we all thought we’d teach this highly touted freshman a thing or two about Big 10 basketball. But, damn, he was a physical specimen who proved us all wrong. His levelheadedness, his basketball IQ was something exceptional. I had the joy of guarding him for a bit and just tried to stay in between him and the basket. He just dominated us.”

As for some Coach Izzo fun facts, Andreas offers this: The heralded coach, a former walk-on at Northern Michigan where he roomed with future NFL head coach Steve Mariucci, Izzo shoots 100 free throws before practice and plays the accordion. “Not exactly the coolest instrument, but he makes it pretty cool.”

Once hopeful he’d be a Buckeye, Andreas, who still lives in Michigan, considers himself blessed to have been a Spartan. “It’s a family. That’s what MSU’s all about.”