Tales from the Bench: Syracuse 1987 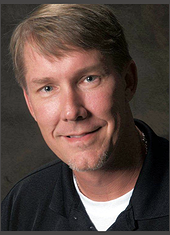 On March 30, 1987, Joe – then Joey – Kohm had a front-row seat to one of the most memorable shots in NCAA basketball history: Keith Smart’s baseline jumper that gave Indiana its fifth national title. A senior walk-on on the 1986-87 Syracuse squad that fell to Indiana, Kohm sits down with The Chucker, High-Volume Shooters’ resident historian, to reflect on that magical season and the title that almost was.

A late-blooming high school player, Kohm began his collegiate career at Division III Rochester Institute of Technology. After breaking his wrist two games into his rookie campaign, Kohm transferred to Syracuse and made the team during walk-on tryouts in the fall. The Ithaca, New York, native practiced with the Orange as a sophomore before dressing his final two years.

As a junior in 1985-1986, Kohm was a part of a 26-6 Syracuse team headlined by the dynamic Pearl Washington. “Pearl was probably the most important player in Syracuse history outside of Carmelo. He was an absolute rock star.”

With Washington’s exit in 1986, uncertainty swirled over Syracuse heading into the 1986-1987 campaign. Though the Orange returned Rony Seikaly and Sherman Douglas and had brought enticing freshman Derrick Coleman to campus, Syracuse entered the season #15 in the AP poll. “People were unsure what we’d be without Pearl. That was the question mark over us.”

Any why? “That’s Coach Boeheim. He knows how to coach and how to get players to play at a level of excellence. Practices are intense, scripted, and focused, and he sets high standards. That’s what drives Syracuse basketball.” 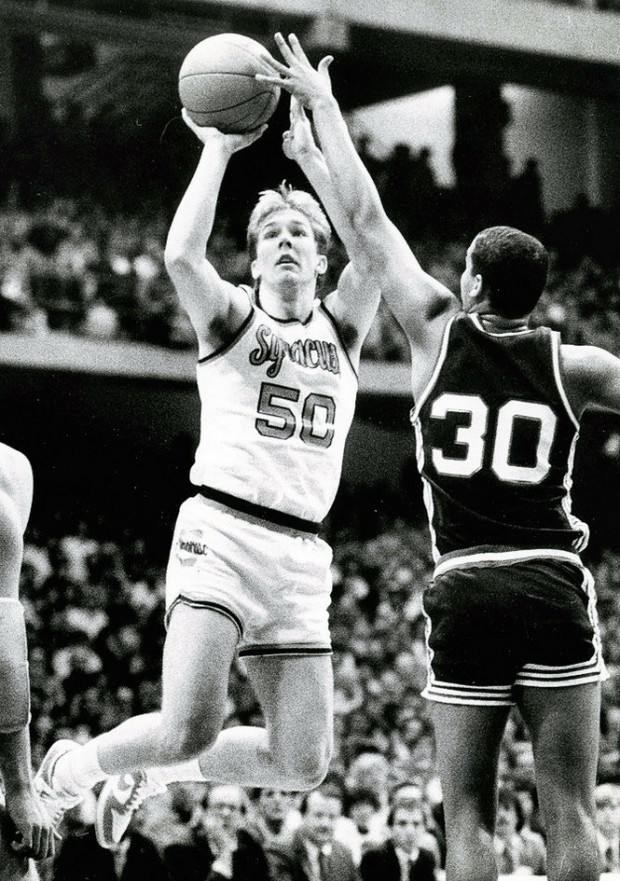 The Orange won its first 14 games of the 1986-1987 season before dropping a three-point game at Michigan. At 12-4, Syracuse tied for the Big East regular season title with Georgetown and Pittsburgh. Kohm describes Big East basketball as something unto itself. “The game is different now. Back then, especially in the Big East, it was so physical. We had Andre Hawkins my sophomore year and I remember watching him fighting Patrick Ewing for low-post position on the block. I sat there thinking, ‘This is hand-to-hand combat.’ I had never seen anything like that on a basketball court. Ever.”

In a team that featured four NBA players, including a future #1 NBA draft pick in Coleman and two league stalwarts in Seikaly and Douglas, Kohn calls Howard Triche that season’s most important piece. “Howard wasn’t the flashy, superstar player, but he was the hard-working, heady player all great teams need. When I look back at that season, I can’t think of one time where Howard buried his head or was out of sorts. Anytime you looked at him, he was calm and encouraging. And he was always going hard.”

And Kohm calls Coleman “a great teammate.” While public perception would come to regard Coleman as surly and disinterested, Kohm never saw it. “He was one of the best teammates I ever had. He was kind, hard-working, encouraging, and others-centered. That’s the Derrick I knew.”

The better style choice in 1987: Coach Boeheim’s suits or Rony Seikaly’s hair? Kohm chuckles at the question. “I’ll decline to answer that one.”

With a 25-6 regular season mark, Syracuse earned a #2 seed in the NCAA Tournament. At the Carrier Dome, they scratched out a 79-73 victory over upset-minded Georgia Southern before downing Western Kentucky 104-86. In the Sweet 16, the Orange faced Florida. “Heading into that game there was talk that [Florida’s 7-1 center Dwayne] Schintzius would dominate Rony. I remember my fellow walk-on Joel Katz prodding Rony, telling him that Schintzius was supposed to eat him up. Then, other guys jumped in and Rony got amped up.” In the 87-81 Syracuse victory, Seikaly finished with 33 points and 9 rebounds, while Schintzius shot 3 of 10 from the floor for 6 points. “Watch that game. Rony was dominant.”

Two days after dispatching Florida, the Orange topped UNC 79-75 to reach the Final Four for the second time in school history. “When we got back to Syracuse, there were 10,000 people waiting for us at the airport. Coming off the ramp, you could hear people yelling, cheering, and celebrating long before you could see them. It was completely overwhelming.”

In the Final Four, Syracuse defeated Big East foe Providence to set up a title-game tilt with Indiana. “Everyone grows up wanting to get to that game. That’s what you’re in your driveway practicing for.”

The Hoosiers and Orange engaged in a game for the ages. Indiana led 34-33 at the break, but neither team could pull away throughout the second half. After Coleman missed a free throw with 27 seconds remaining, Indiana came down the court trailing by one. The Hoosiers worked the ball around the Orange’s man-to-man defense – yes, Syracuse once played man to man – before Smart captured the ball on the left wing, took one dribble toward the baseline, and rose up for The Shot. “I was sitting on the bench looking down to the other end of the court. When the ball went in, my heart sank.”

Kohm, now an attorney in Virginia, calls that 74-73 title game loss to Indiana a “formative event” in his life. “I kept a picture of that shot in my wallet all these years and I’d look at it whenever I had a professional challenge in front of me. I’d look at that photo and say, ‘I’m not going to lose again.’”

“I’m a nobody, but I got to be with the best players, the best program, and the best coach in America for three years. Other than my wife and children, I’m proudest I got to put on a Syracuse jersey and have those guys be my teammates.”