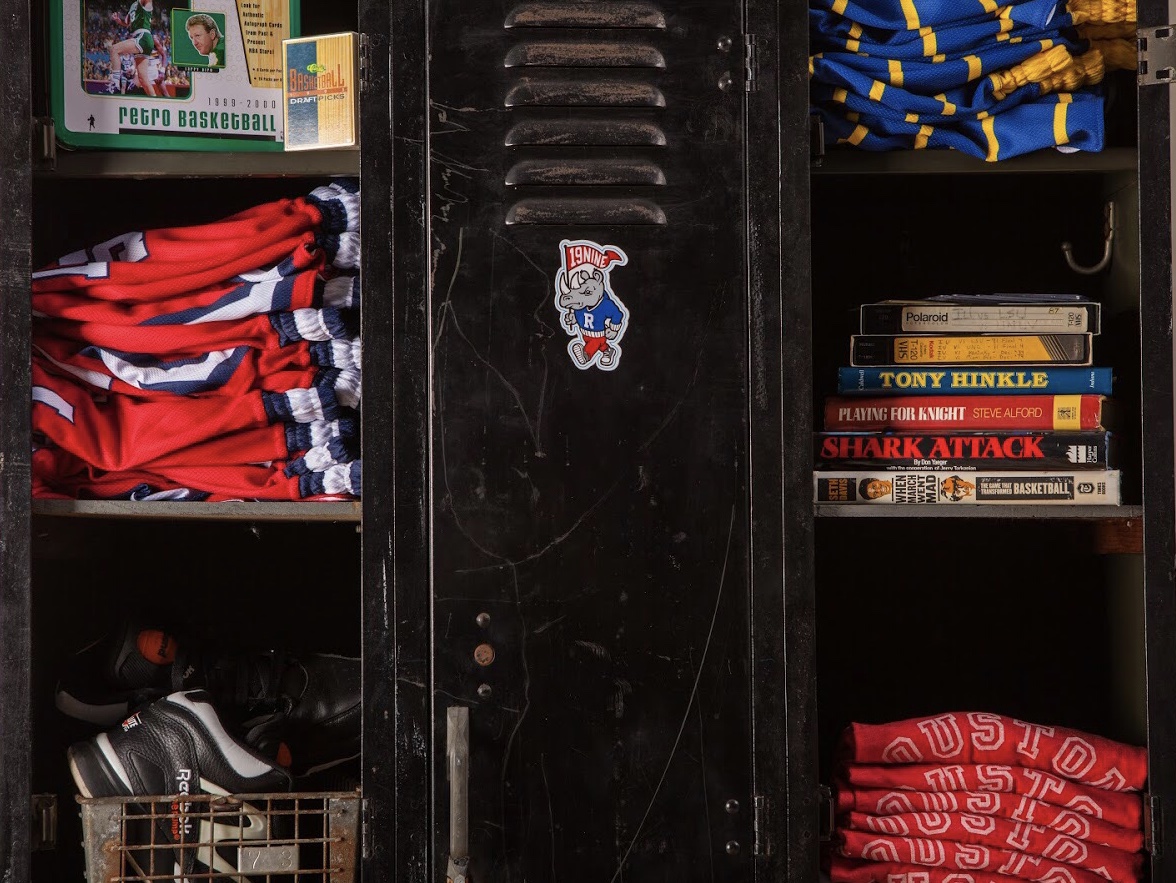 Through the years we've collected a lot of stuff related to basketball.  In this recurring blog we will feature some of that stuff, the stories behind how we got it, and the reason we love it.  Our guess is that we aren't alone in our passion to collect things that are connected to the greatest game ever invented so please feel free to email us at highvolumeshooters@gmail.com for a chance for your item and story to be featured in our next blog.  Enjoy! 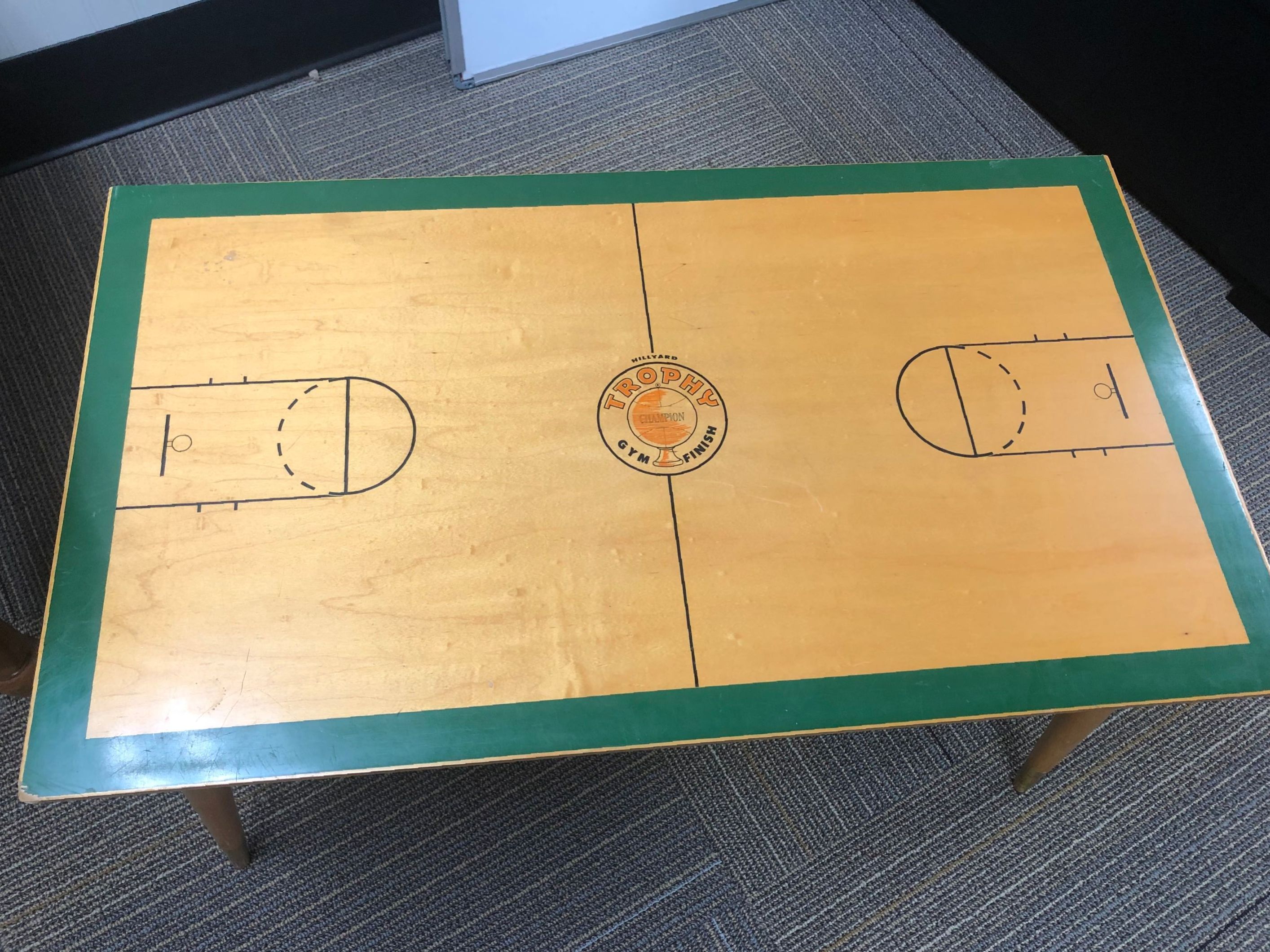 I had no idea what I had found when I bought this table off eBay for $60 a few years back.  I honestly thought it was a full size table until it arrived in a tiny package a few days later.  As I cracked up at the size of it I noticed a label underneath explaining the company and product it came from.

Hillyard was a gym floor finishing company that has an exhibit in the Basketball Hall of Fame.  This particular table was a salesman sample.  They would carry the table with the legs detached in their briefcase and reassemble it when they got in front of high school ADs, college presidents or NBA execs.     -JB 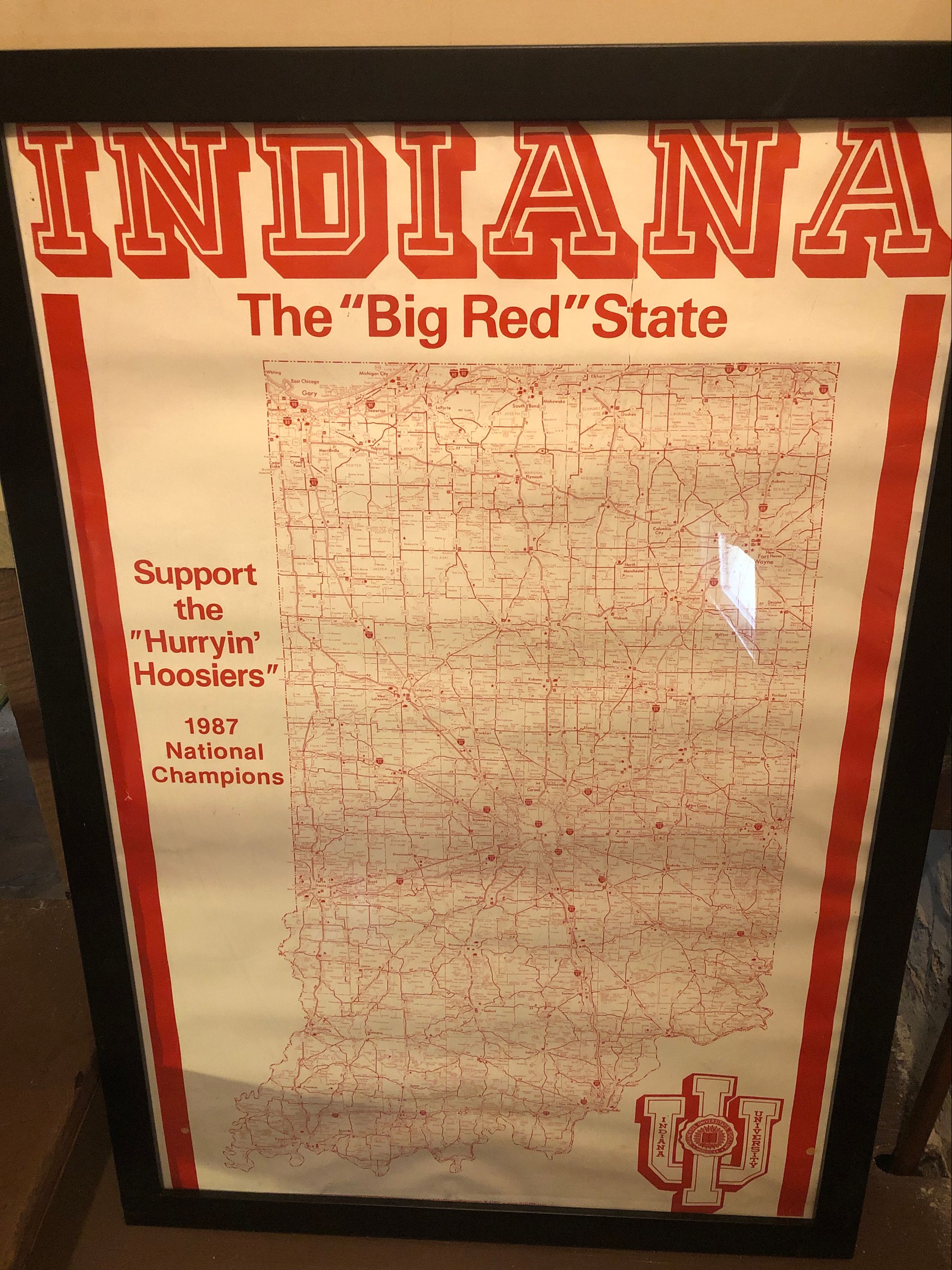 Finally got around to putting this in a frame, a shitty one, but better than nothing.  The original one I have of these is about 5 and a half feet tall and was given to me by a friend.  He was showing a house as a realtor and it was hanging up.  The owners didn't want it so he gave it to me in exchange for some 19nine stuff.  The one he gave me is pretty faded with the graphics looking more pink than red.

I was able to find another huge one on eBay a few years ago that's in better shape and it came with this standard sized version as well. 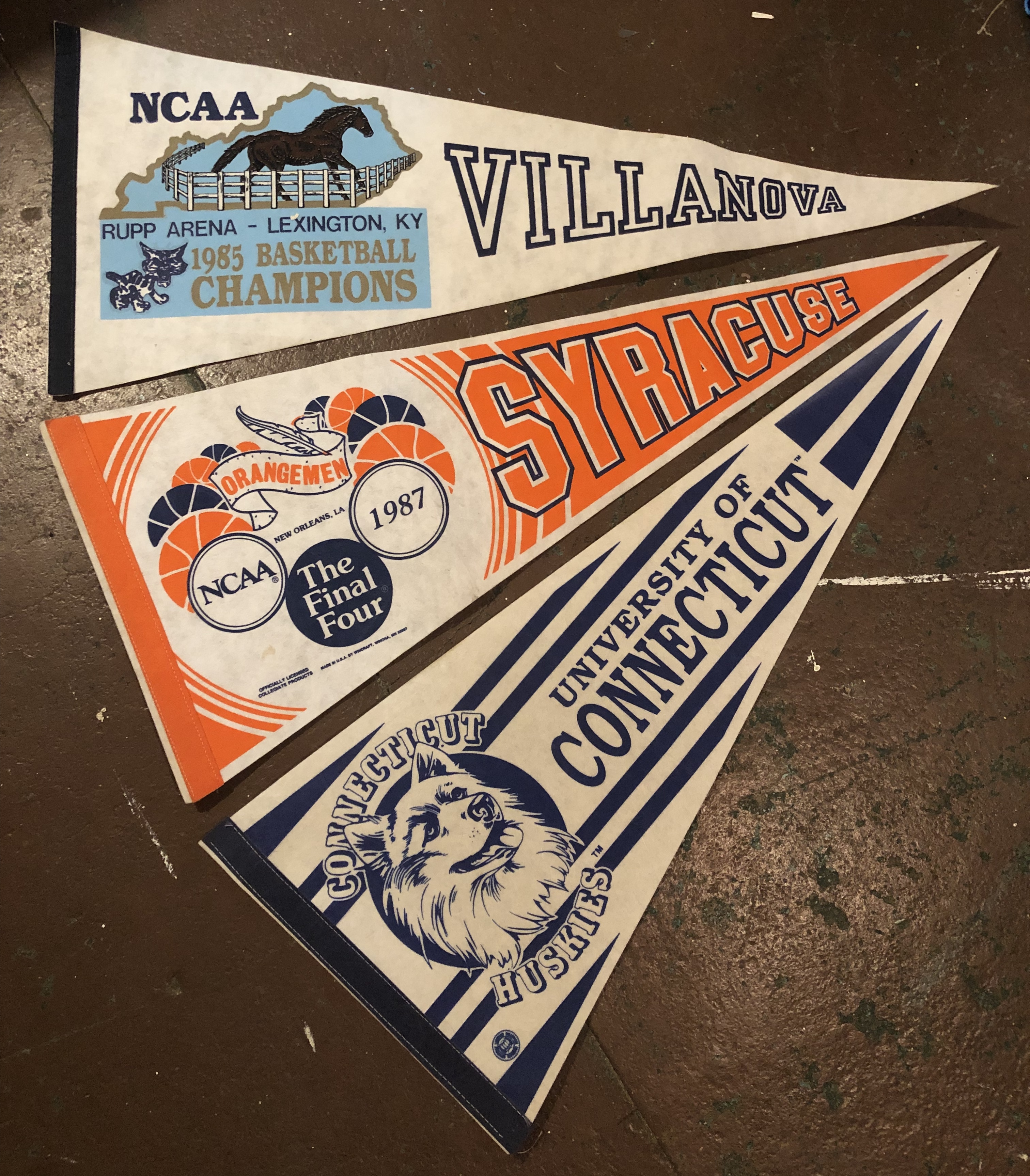 I bought these off eBay for the Villanova, UConn and Syracuse shoots and launches as you will see it in some of our shots with the '85 stuff we dropped and future drops with the other two schools as well. The 'Nova one really stands out because of  the Lexington Final Four logo and the old school Wildcat. Side Note: The NCAA has to bring back unique Final Four logos.  It's a must. -JB 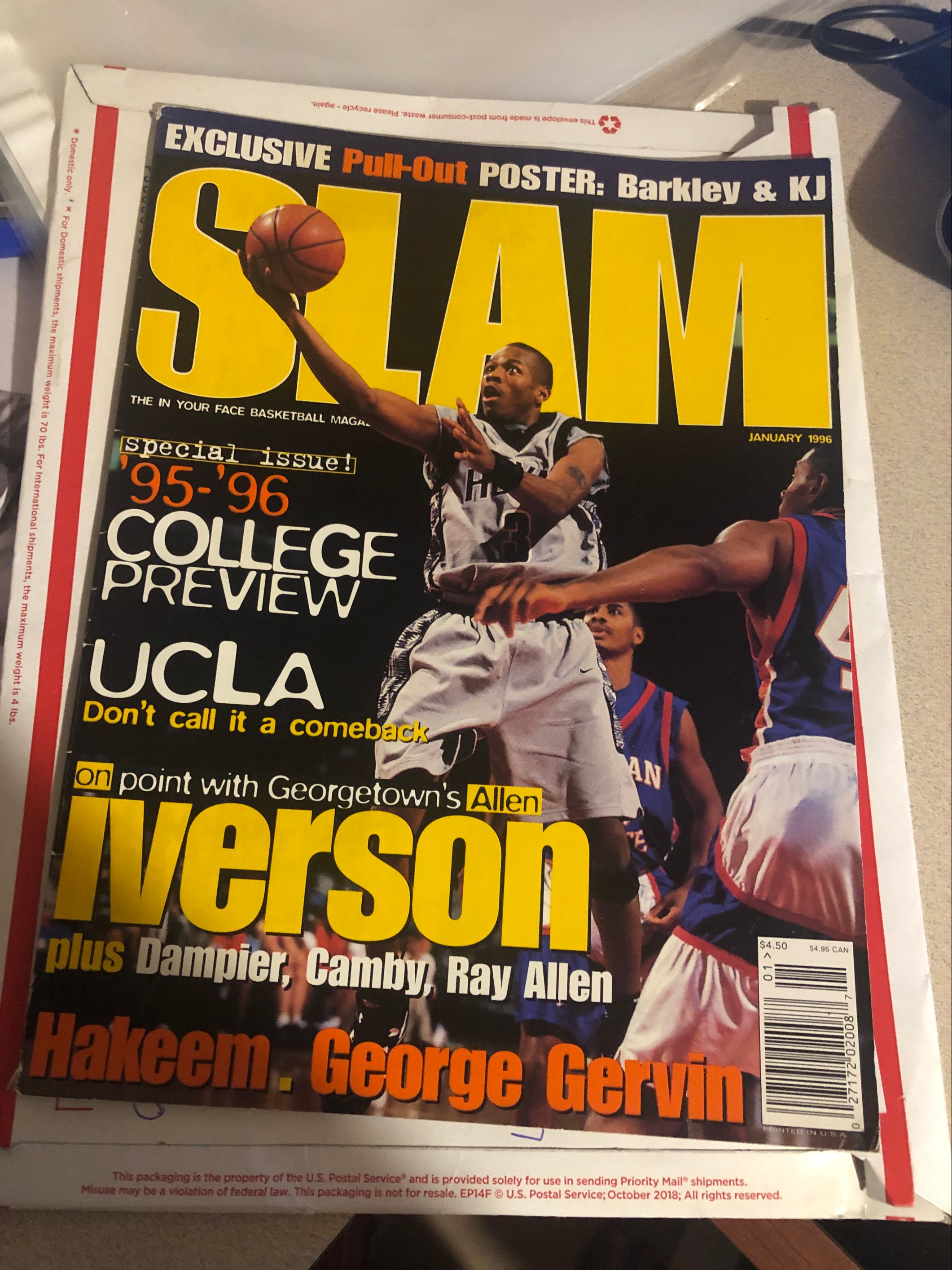 Those of you that follow us on Instagram probably saw my post about getting this in the mail the other day but I love it so much I wanted to add it to the H.V.S. Locker collection.

A.I.  Georgetown unis.  Concord 11s (even though not in this pic).  Legendary.  To get my hands on this SLAM College Basketball Preview I consider a blessing.  At some point I'm going to frame this shit.  The pic is dope, the fonts used is dope and the content is dope.

This is without a doubt the best $25 I've spent in a long ass time. -JB 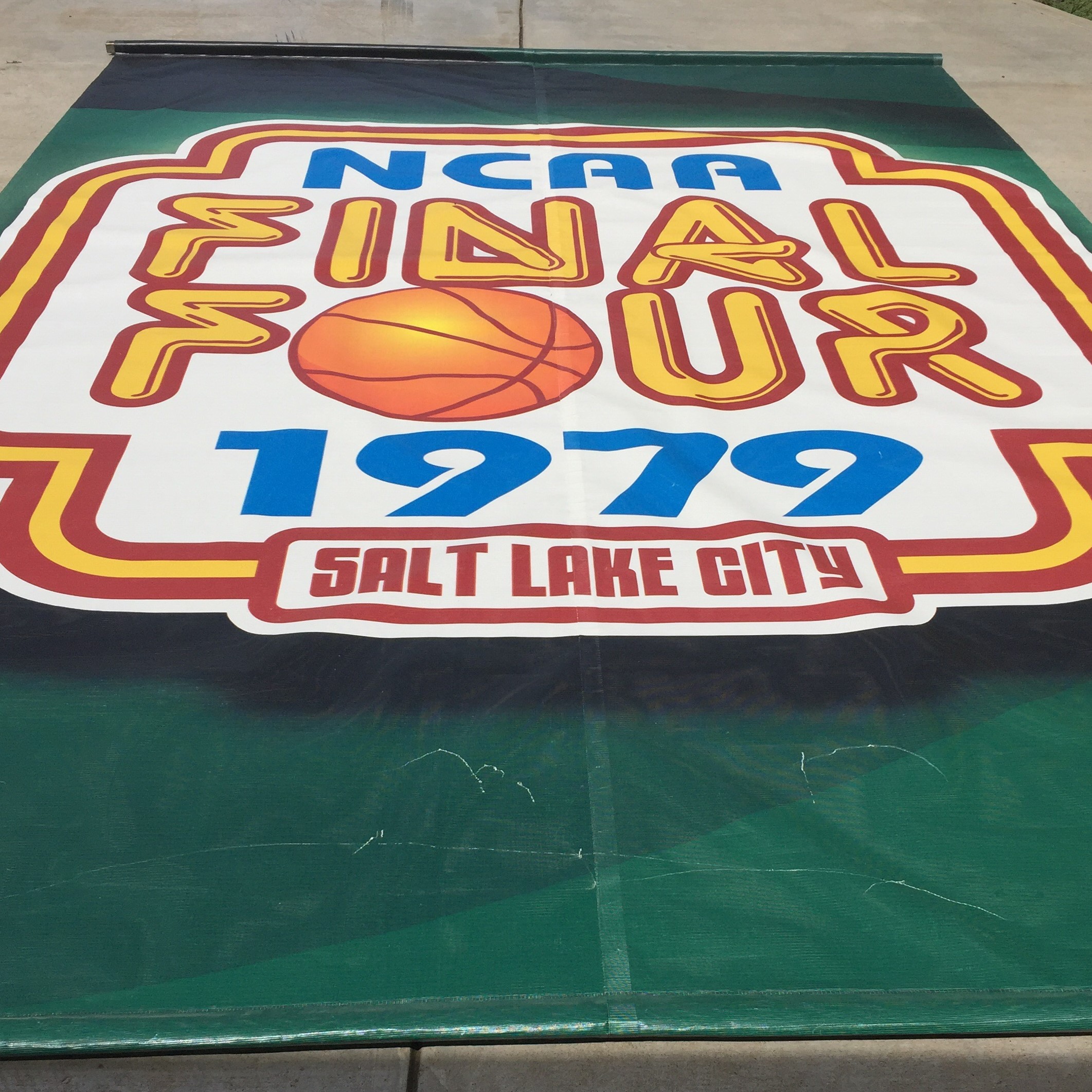 A few years ago this banner was put up for auction by Michigan State when they were renovating their basketball practice facility.  We obviously had to have it.  So we set our budget around $275 if I remember correctly based off what the other banners had gone for.

We ended up going above that because we obviously had to have it.  I think we ended up paying around $345 and celebrated like we had just won the National Championship.  That's my driveway in the background.  This thing is HUGE and AWESOME! -JB 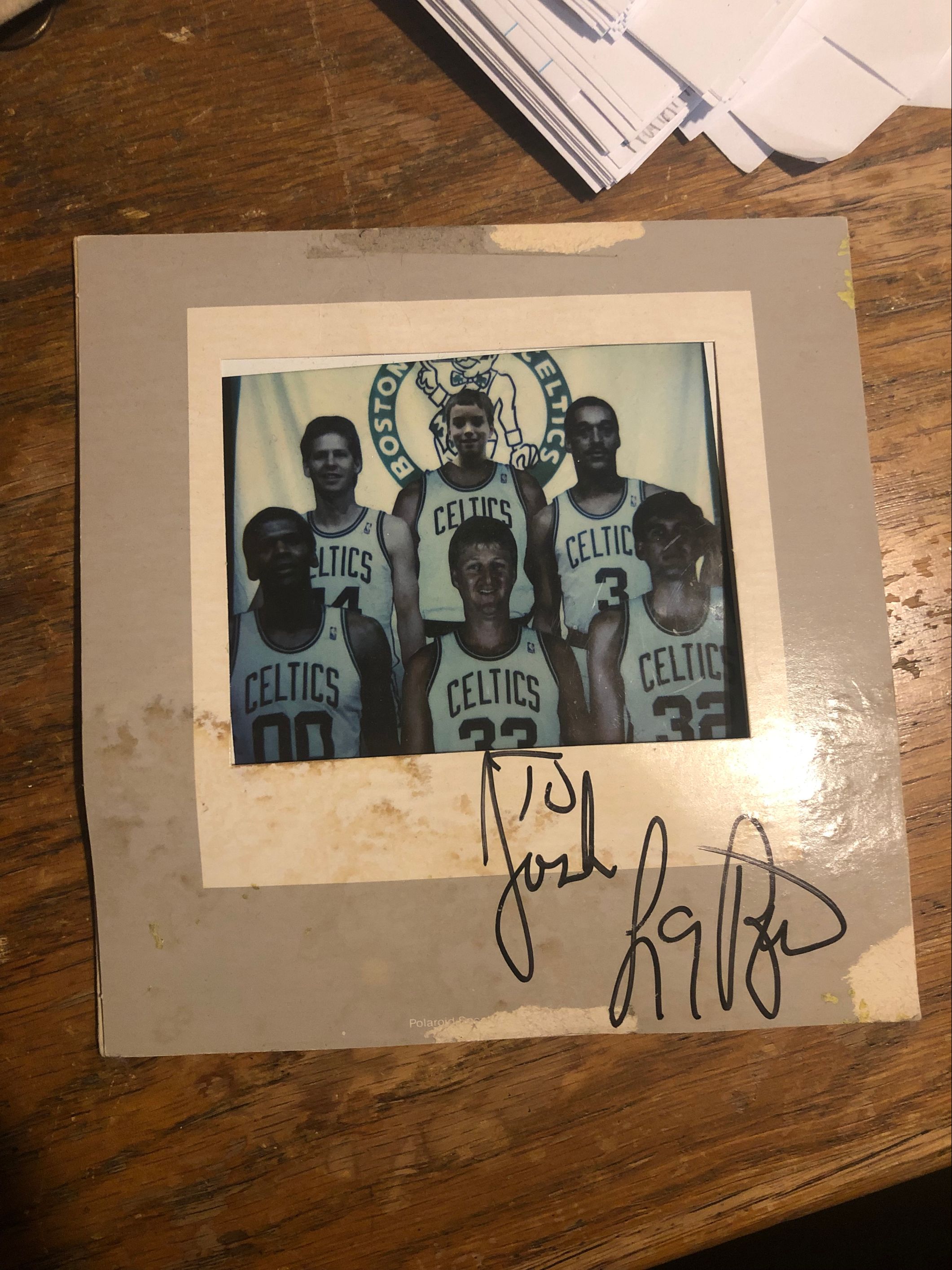 My grandpa, Bill Taylor, loved the Celtics and LOVED Larry Bird.  So when I went to Boston with my parents when I was 8 or so we can this picture taken on the street for him.

He hung it at his work desk and when the Legend himself came into to Strouse's in Evansville to have my grandpa fit him for a couple of suits he had him sign it to me.  I've had it every since, although it could use an updated framing. -JB