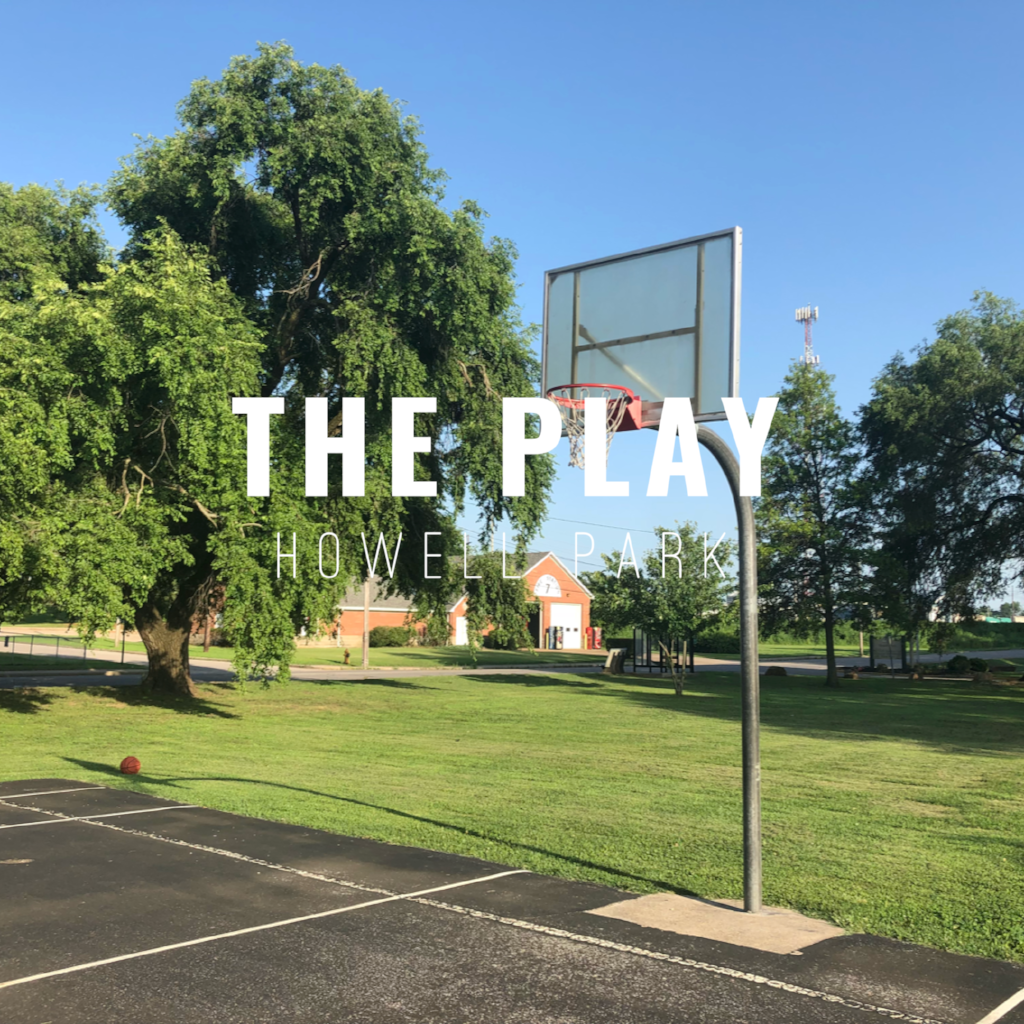 If you read my previous blogs you know that Golfmoor was my home playground.  That’s where I spent most of my pick up basketball life. However, there was another court on Evansville’s westside called Howell.  There were two reasons you went to Howell.

1. It was night time and Howell was the only court on the westside that had lights and usually had other people there, or 2. You wanted to try to dunk.

Dunking was a big deal in high school and most of us couldn’t.  But Howell had one goal that hung about 9 feet 8 inches off the ground.  Just enough for most of us to be able to sneak a pretty shitty, pretty weak dunk in from time to time. In my world, a dunk is a dunk.

One summer day my friend Breivogel (19nine’s graphic designer) and I went there to try to throw a few dunks down and feel good about ourselves.  We take turns for about 45 minutes trying to get one to go down to no avail. At this point it’s hotter than hell, our hands are ripped open from grabbing the rim, and we are tired.  That’s 45 minutes and 0 completed dunks for those of you keeping score at home.

That’s when an older dude from our school showed up.  We only knew him as Bud Boy and I have no idea how he got that name.  Bud Boy was tall and somewhat athletic but mostly just tall. He could easily throw down at Howell.  Bud Boy had a friend with him. No recollection of who it was or what he looked like. He isn’t important to the story.

Anyways, they show up and challenge us to a 2 on 2 game.  We win the ball and then the greatest play I’ve ever been associated with begins to unfold.  Here’s how I remember it...

-Breivogel checks the ball at the top of the key.

-I start on the low block and come receive his inbound pass around the elbow, free throw line extended, on the right side of the floor.

-My left foot is my pivot foot and my right leg is extended to keep the defender shielded.  I have him on my right hip.

-Breivogel throws the pass to my outside hand (left) then immediately cuts backdoor on Bud Boy.

-I take one rocker step before throwing an over the shoulder lob to a cutting Breivogel.

-Pass goes just over the fingertips of Bud Boy into the waiting hands of Breivogel.

-He catches it just above Bud Boy and with two hands absolutely murders it on him!

A few reasons this is my favorite play of all time.

1. We hadn’t thrown down an uncontested dunk in 45 minutes of doing nothing else but trying.

2. Breivogel never played a single minute of organized school basketball in his life.

3. The dunk was legit.  I’m talking two handed, hang on the rim, nuts on your back, humiliating hammer drop.

4. It involves a dude we only know as Bud Boy.

Have a similar story/memory?  Let us know about it on our social media platforms below...