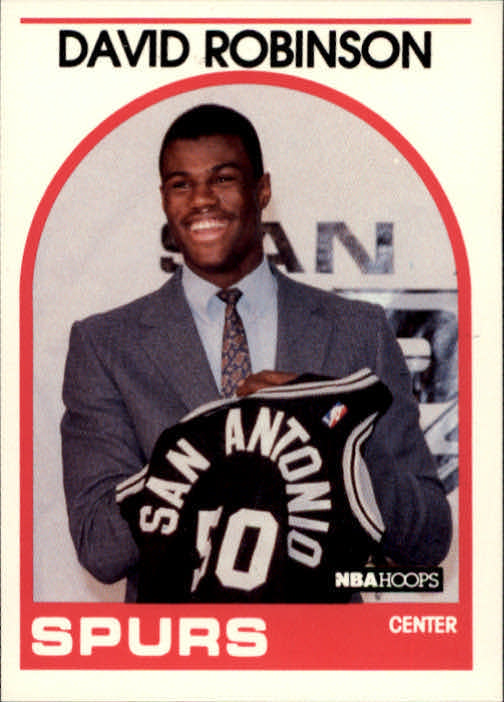 In this ongoing series, The Chucker, High Volume Shooters’ resident historian, digs into the professional debut of some of the game’s all-time greats.

After a standout four-year career at the U.S. Naval Academy and then serving his two-year Naval commitment, David Robinson made his much-anticipated entry into the professional ranks in the fall of 1989.

The first pick in the 1987 draft, the 7-1 Robinson averaged 25 points and 10 rebounds in the preseason, leading the San Antonio Spurs in those categories as well as steals and blocks. That sparked high praise for Robinson and raised expectations for the Spurs, who were coming off a 21-win season before The Admiral’s arrival.

Knicks assistant coach Paul Silas, a star baller in his own right, called Robinson “one of the quickest centers” he had ever seen and compared the rookie to Bill Russell.

Added Dallas Mavericks coach John MacLeod after seeing the rookie in pre-season action: “Write this down: David Robinson is going to be a star in this league.”

And for the monumental eight-year, $26 million contract Robinson signed, the Spurs’ long wait and investment in Robinson’s potential seemed a relative bargain.

“I’ve played against Kareem, Lanier, Akeem, Moses, some of the greatest centers ever, but whatever they’ve paid David is worth it,” Spurs teammate Caldwell Jones said of Robinson.

And that was only the beginning for Robinson, who immediately established himself among the game’s elite players. The left-hander averaged more than 24 points per game to go along with 12 boards, 4 blocks, 2 assists, and 2 steals during his inaugural campaign en route to winning the league’s Rookie of the Year Award and sparking a 35-game turnaround for the Spurs, who captured a division title and took Portland to a seventh game in the Western Conference semifinals.

Robinson, of course, would continue picking up hardware throughout his illustrious 14-year NBA career. He made 10 All-NBA teams, won the league’s Defensive Player of the Year Award in 1992 and its MVP in 1995. In different seasons, he led the NBA in rebounding (1990-91), blocks (1991-92), and scoring (1993-1994), the latter of which he accomplished with a 71-point season-ending outburst against the Clippers.

The Admiral spent his entire 14-year career in San Antonio, where he led the Spurs to titles in 1999 and 2003 and helped to establish the Spurs as the league’s model NBA franchise in the Millennium.

A member of the vaunted U.S. Dream Team at the 1992 Olympics, Robinson retired following the 2003 season with career averages of 21.1 points and 10.6 rebounds over 987 games. He was inducted into the Naismith Memorial Basketball Hall of Fame in 2009. 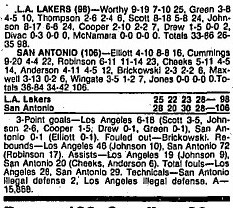