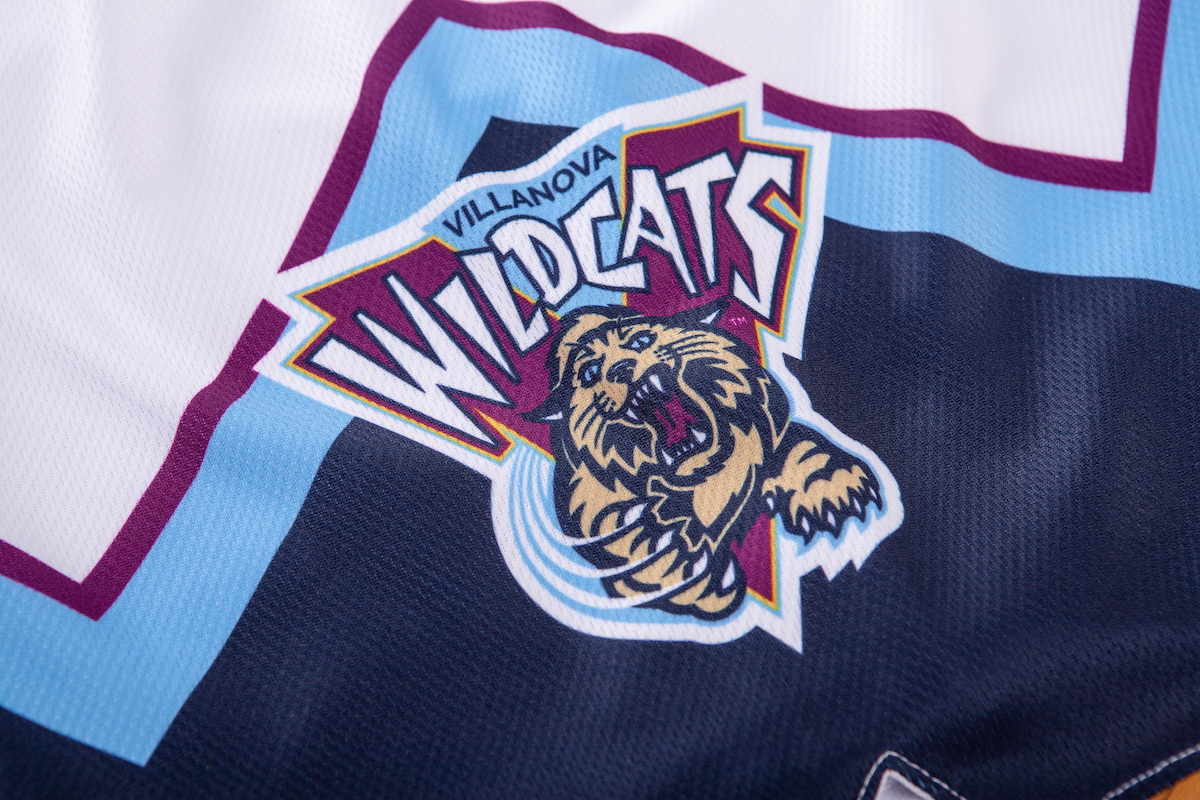 To celebrate Villanova's much-anticipated entry into the 19nine lineup, The Chucker, High Volume Shooters' resident historian, digs into the archives and revisits one of the memorable basketball uniform of all time...

They’ve been called cartoonish and garish, even an abomination. They’ve also been called unapologetically bold, undeniably eye-catching, and straight-up sick.

Call them what you will, the kit Villanova and star guard Kerry Kittles debuted in November 1994 remains one of the most memorable basketball uniforms of all time. Termed “stereotypically 90s” by revered uniform guru Paul Lukas of Uni Watch fame, the white-blue-burgundy-and-copper unis featured an oversized Wildcats logo – a menacing cat surging forth from a “V” – a daring, one-of-a-kind font and an adventurous diagonal pattern.

Much like Kittles and his teammates, who cruised to a second-place finish in the Big East and a 25-8 overall record, the uniforms stood out on the court. 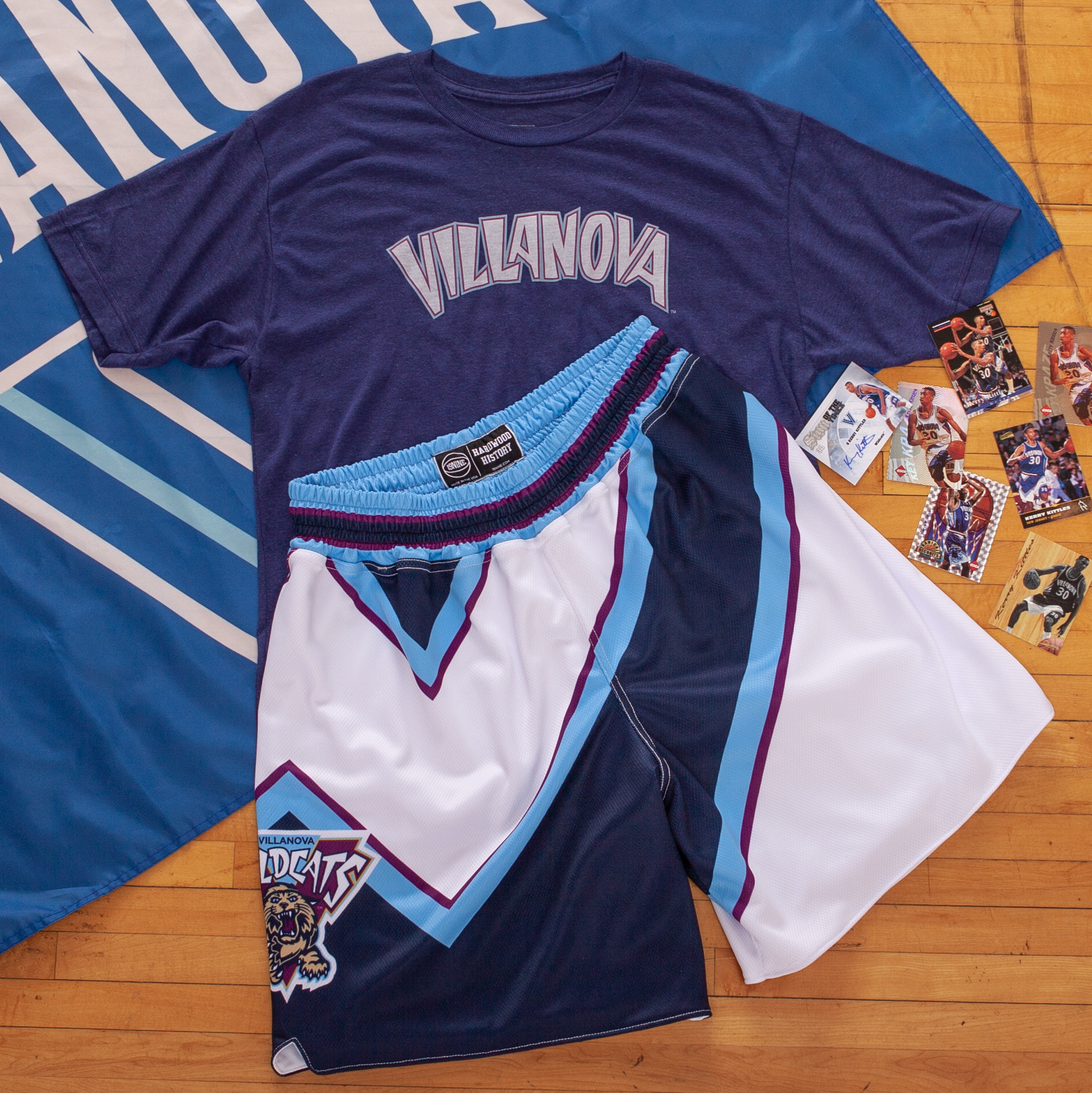 Point 1: Villanova athletic director Gene DeFilippo, who arrived at Nova in 1993 from the University of Kentucky, unleashed the new logo – and its accompanying threads – as part of greater plan to capitalize on accelerating interest in branded sports apparel. DeFilippo hoped the new logo would generate exposure and revenue for the Catholic university in Philadelphia.

Point 2: School officials reportedly invested some $20,000 into the new logo as well as associated copyright fees and marketing, a rather hefty sum in the early years of the collegiate branding game. DeFilippo thought Villanova could generate 10 times that in royalties within the logo’s first year in the marketplace.

Point 4: To produce its uniforms, Villanova partnered with Apex, a clothing manufacturer that had gained some early ‘90s buzz for producing the Dallas Cowboys game jerseys.

Point 5: Throughout its history, Villanova relied on a simple blue-and-white color scheme. The 1994-95 unis changed all of that, adding touches of burgundy and copper to the rather traditional Villanova color palette.

Point 7: The lanky, sharpshooting Kittles added extra panache to the look by often donning one high sock and one low sock. Dude is a straight-up ‘90s fashion icon.

Point 8: Villanova’s new duds captured a lot of eyeballs during the 1994-1995 campaign. Even before the NCAA Tournament, the Wildcats played eight nationally televised games – three on CBS and five on ESPN. That rather hefty coverage only increased notoriety for Nova and fame for its far-out uniforms.

Point 9: As quickly as the Wildcats wild uniforms burst onto the scene, they vanished. In 1995, Nike became Nova’s partner and installed a more traditional-looking kit. Sad but true.