Your Guide to Playground Pickup Basketball 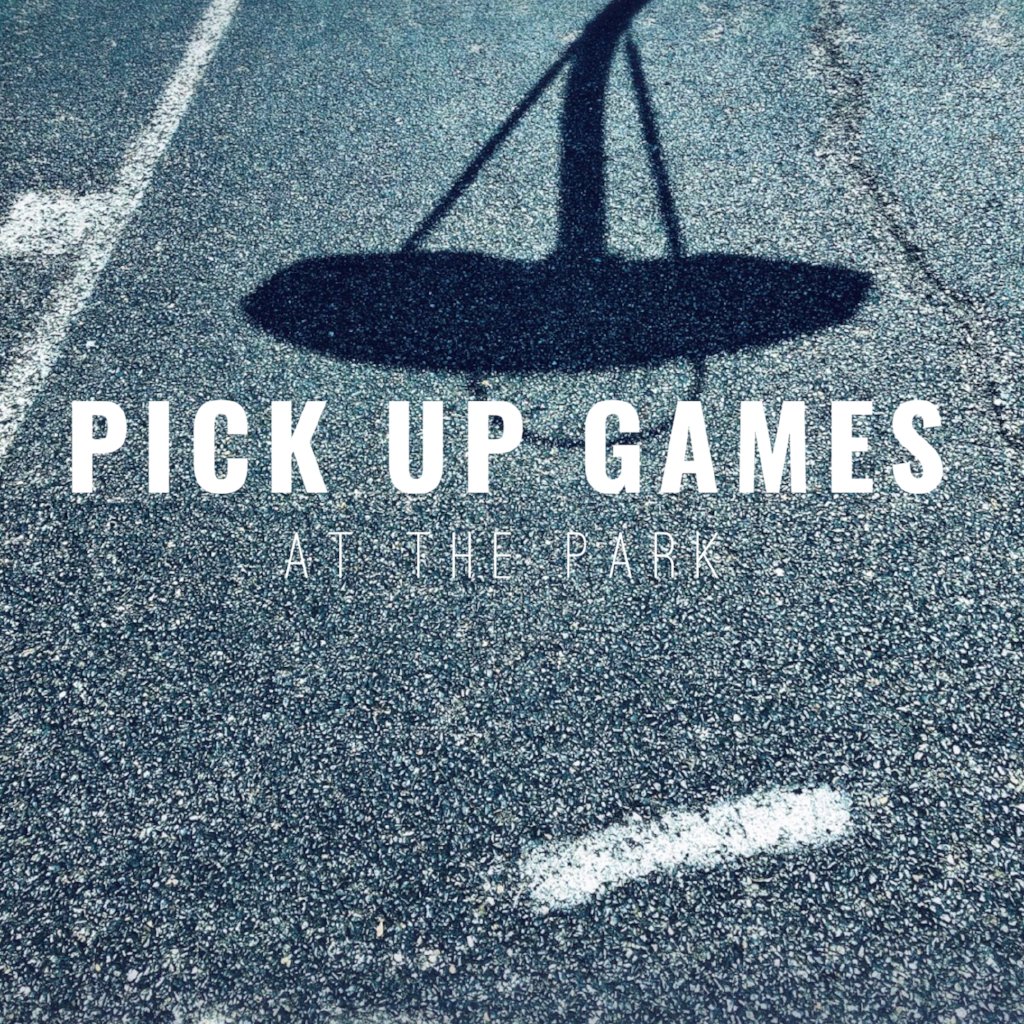 Best Setup - Let's talk about how to organize games. Several ways a pickup/playground game gets organized.. Each has their drawbacks. Best to worst...

+Just Showing Up - less likely to have good games depending on the place and time but when it’s good it’s the best. This seems like a trap. You show up and most of the time the play is no good but let me give you a for instance. When you hear a song on the radio or more likely XM or Spotify and you don’t know the artist you’ve just got a random channel on and you love it. There is more value more feeling in that then just making your own playlist of your favorite bands. I can remember just hearing about a park that had good games at X time showing up with a ball to just shoot around and getting in a game it was exhilarating.

+Invite Only - Guaranteed good ball but can feel stale sometimes. Control those numbers. This is my go to but I’ve played enough basketball that I can almost tell how every game might go depending on who is there and what the match-ups are. It’s like the difference between March Madness and the NBA Playoffs. Yes in the NBA you get the best teams in the finals but because it’s a seven game series you probably knew it before the playoffs started.

+The Text Message - you may get 4 you may get 22.  Usually you can be guaranteed decent game play. I’m not sure why but people never seem to reply to text messages about pick-up basketball for me. When I was in California the guy organizing was ruthless if he didn’t get 10 he would shut it down for the week and he would cut you off if you were late replying. Loved/Hated this. People at my job the first year probably noticed me jumping out of my seat when I got a text message at 2:00 on Wednesday. Recently though I will reply see three other people reply then show up to 22 people warming up half an hour before we start.

+The Group Post - (see above) Less likely to have good players as who knows who shows up. When Facebook groups came out I thought this might be a great way to organize but unless you are looking to start a riot or a political protest I haven’t had much luck with these posts.

-Shirts and Skins (why did this go away?)

-Light on the gear

-Shoes Are Getting Dirty

-Games to 11 (1s and 2s): personally I love the quick game, makes every point crucial and intense

-Arguing always allowed but please NOT. EVERY. SINGLE. CALL.

-Pass the Ball! (that's basically in there as a reminder to ourselves)

+Old School (A nickname and archetype) - most of these names are more of a mocking than earned.  “Magic” to the guy who throws wild ass passes and completes less than 2% of them, “ATR” to the fat guy with zero athleticism and plays strictly a ground game, etc..  Unless the nicknames are associated with the Local Legend. That shit is earned.

+Skip to my Lou- player who has a little sauce to his game but is more concerned with crossing people than doing anything productive.  These guys were a dime a dozen in the early 2000s aka White Chocolate and And 1 era. Nasty crossover vs. air at half court, 2 dribbles, launch...

+The High Volume Shooter- that’s us! Usually pretty good players that can shoot but won’t pass the ball regardless if they are on or off.  Personal favorite phrase to use when having an off night “those guys (the other team) are dodging bullets” aka I know I’ve missed 15 in a row but they all felt good and I only need 1 to get going.

+The Complainer- they commit every offense that they complain about the opposition doing making it equally as painful to listen to.

+The Coach- I actually like the “Coach” pickup player unless he sucks.  You can’t suck and tell other people what to do.  If you’re the PG leading the show, playing defense, and passing the ball you can coach all you want.

+The Scrub - This is an injury waiting to happen. You almost feel injured standing next to them. Each time they go up for a shot or attempt to play defense you feel like Neo in The Matrix trying to dodge random limbs. I will say if a Scrub can do just one thing decent they could be an asset. If you are a scrub find that one thing and stick to it unless it’s a scrub game then get those shots up and be the HVS for the scrub game.

+The Unlce Rico- similar to the Scrub in that he’s an injury giver except for one important difference.  He’s actually trying to hurt you. Elbows, undercuts, dirty shit. He’s the guy with the greasy mullet trying to relive the glory years that he never had.  He’s generally the cause of 2 fights per day at the park. He’s also the one drinking Schlitz out of his El Camino afterwards.

Reasons to Everyone Should Play Pickup Ball Outside in the Summer

"The way a person plays pickup basketball will tell you every single thing you'll ever need to know about that person."

He's 100% right.  Plus playground basketball gives you multiple life lessons AAU can't.  Side bar: We love AAU.  Definitely has it's place in the game without question.  However, the trend over the last 10-15 years with kids playing strictly AAU ball and never going outside a gym to develop their game is alarming.

Every aspiring player should get big boy'd by a 36 year old father of 3 at some point in his life.  It's humbling.  If playing locally its a reminder as to who paved the way in their current HS program long before they were thought of.  It presents a different style of play.  A different mindset.  It's community networking.

Plus gyms not only have physical turnstiles but put a mental turnstile on your game. There’s an unstructured ineffable quality to a piece of blacktop. It’s an unpolished quality that translates into the type of basketball that’s played and breathes life into a high volume shooter.

Let’s sidebar to a quick story. I had a moment during a high school game where I put up both my hands to signal three like the refs do (A precursor to the three eyeball or James Harden’s cook and stir the pot). I was benched immediately. This is Bobby Knight era Indiana we are talking about here so no surprise.

I've never forgotten that and never missed an opportunity to celebrate a made three when the moment hits me. It is this freedom that I find most intoxicating about the park or true pickup basketball. A hooper can be unfettered from the quasi moral constraints of Team Ball. The blacktop and pickup are where high volume shooters fly free and carve out their names in brief displays of college or even pro level skill.

Get out there and play this summer!  And let us know about it on our social media platforms below...