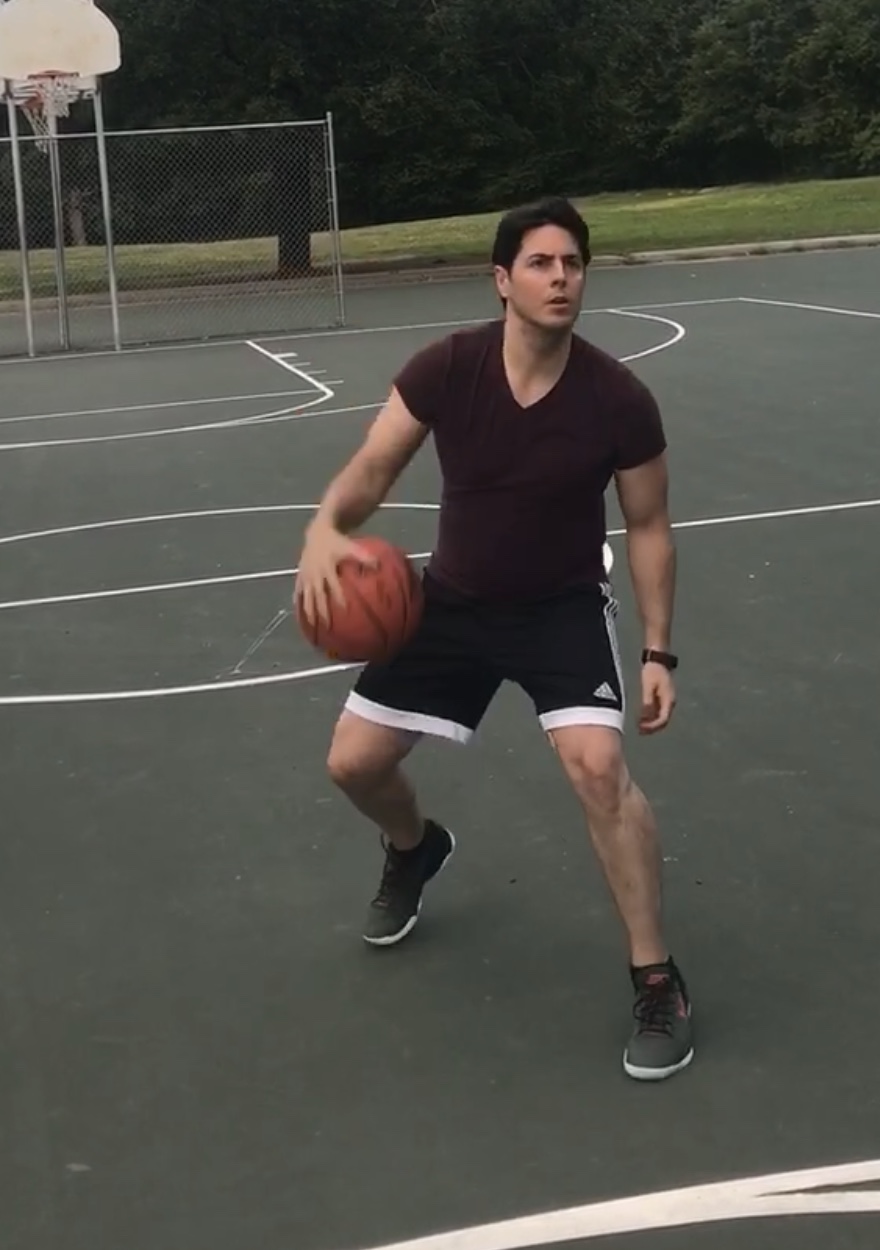 Eduardo Tonella played but one season for the UConn Huskies, but what a season it was for the 5-10 walk-on. Tonella’s lone campaign, the 1998-1999 season, included a Big East regular season title, a Big East Tournament trophy, a 34-2 mark, and the program’s first national championship after a decade of near-misses and heartbreaking losses.

In this installment of “Tales from the Bench,” Tonella discusses his memorable one-and-done season with 19nine.

Born in Mexico and raised in Tucson, Arizona, Tonella attended the University of Arizona as a freshman. When his mother, a faculty member in UA’s Department of Nutritional Sciences, landed a job at UConn, she “basically dragged me from Tucson to Storrs and told me good things would happen.”

As a sophomore, Tonella watched Richard “Rip” Hamilton and Khalid El-Amin lead UConn to the Elite Eight. That’s when he started to wonder about making a run at a walk-on position the following season. “My high school buddy was a walk-on on Arizona’s 1997 championship team and I got to run pickup with some of those guys. That gave me a taste of what this was all about.”

Tonella, who did not play his senior year of high school ball, says he had good handles, quickness, and a solid outside shot, not to mention some family pedigree. His father played college ball in Mexico and his brother, Fernando, played at New Mexico State before transferring to Davidson. “But my dad got all the height. He was 6-2.”

In the fall, Tonella tried out for the UConn team with about 30 other hopefuls. After some scrimmages, Tonella was one of five selected to return and practice with the varsity team. “The five of us had a separate locker room from the team and you didn’t want to see shoes in your locker. That was like a parting gift to let you know you were cut. It’s like the one time in your life you didn’t want Nike shoes.” After two weeks, Tonella was the last hopeful standing.

At the first exhibition game at UConn’s Gampel Pavilion, a security guard stopped Tonella from entering the arena. Tonella had to convince the security guard that he was actually on the team. “It’s easy to think I’m lying. I’m a 5-10 Mexican kid. But after that first game in uniform, I never got stopped again. People remembered me because I stood out. I didn’t look like a hooper.”

At another exhibition game, Tonella got some end-of-game run after the crowd chanted his jersey number, 25. “I got in and hit a three. From that moment on, I thought, ‘This is gonna be amazing.’” The Huskies, #2 in the pre-season AP poll, won their first 19 games, including victories over ranked foes Washington, Michigan State, and Pittsburgh as well as dominant wins over the likes of Quinnipiac, Hartford, and Fairfield that gave Tonella some court time. “In practice, I’d go against Khalid and we’d go at it. If I got into the game and scored, Khalid and Rip were the first ones full of compliments for me. Once, Ray Allen came into the locker room and said, ‘Nice shot.’ I think I said thanks back to him, but I’m not sure.”

UConn ascended to the top spot in the AP poll on December 1, 1998, after #1 Duke lost to Cincinnati by two. The Huskies held that spot for two months. “We were rolling and things were even better than I thought. People were recognizing me on campus. All the praise, though, was external. Inside, Coach Calhoun wasn’t a guy who gave compliments easily. It was clear he believed in us, but he wanted to make sure we kept busting our asses.”

Then, Syracuse drilled the Huskies 59-42 in Connecticut on a Big Monday. Though UConn played that game without Hamilton and center Jake Voskuhl, Tonella recalls the coaching staff being livid at a lackluster performance. “It was an ugly, ugly game. The kind you’re happy to forget.” The Huskies quickly recovered, though, winning six of their last seven to win the Big East regular season crown with a 16-2 league mark.

In the Big East Tournament, UConn escaped an upset-minded Seton Hall 57-56 in the quarterfinals before blowing out St. John’s  and Syracuse to win the league title. “Even I got to play in the semi-final and final. I’m bringing the ball up court at MSG and Dickie V’s on the side calling the game.”

The top seed in the West region, UConn drilled Texas-San Antonio and New Mexico before downing Iowa by 10. In the Elite Eight, UConn faced tenth-seeded Gonzaga, then a plucky upstart making only its second NCAA appearance in school history. “That game was a complete grind and the crowd in Phoenix was going nuts for Gonzaga because they were the underdog.”

A late Kevin Freeman putback gave UConn some breathing room against the Zags and helped UConn escape with a 67-62 victory. “Kevin was the perfect guy to help us put that game away. He was a guy who did all the dirty work, but never got the praise. If you know basketball, you appreciate a guy like Kevin.”

UConn was now heading to St. Petersburg, Florida, for the first Final Four in program history. “It wasn’t enough. We wanted more. We had cut down the nets at MSG after the Big East Tourney. We cut down the nets in Phoenix after beating Gonzaga. We wanted to do it one more time.”

After dispatching Ohio State 64-58 in the national semi-final, UConn was set to face Duke. “We were thinking Duke all along.”

Save that narrow early-season, neutral court loss to Cincinnati, Duke had rolled through the 1998-1999 season. The Blue Devils won every ACC game by double digits and entered the title game on a 32-game winning streak. The roster boasted five NBA players, four of whom were lottery picks that summer led by #1 overall pick Elton Brand. Corey Maggette, one of those lottery picks and a 14-year NBA pro, came off the bench. Duke entered the game a 9.5-point favorite. Only Kentucky in 1996, at plus-14 over Syracuse, was a larger betting favorite. “We heard people calling it the Duke Invitational. If it’s a seven-game series, they probably beat us. In March Madness, though, it’s only one game and then you’re part of history.”

In a back-and-forth affair, Duke held a 39-37 advantage at the half, but couldn’t shake the underdog Huskies. UConn owned the boards, embraced the up-tempo style, and nailed its open shots, shooting nearly 53 percent for the game. “We were tuned into what we needed to do that game.” Especially Hamilton, who scored a game-high 27 points in one of the most memorable individual performances in an NCAA championship game.

With 5.2 seconds remaining, El-Amin hit two free throws to put the Huskies up 77-74. Duke star Trajan Langdon pushed the ball downcourt to attempt a game-tying three, but stumbled before he could attempt a shot. Tonella and his teammates stormed the court. “While you’re living it, the next moment is the next moment so fast. You’re in a daze. Making the Final Four was good enough for me, but once we won, I realized how much greater that is.”

Tonella also saw the victory spur a shift in Calhoun. “He’s not an affectionate type, but he even gave me a hug. I was so happy for him because his passion and drive was unmatched. He can be intense and brutal, but I would never, ever question his drive. I used to think, ‘How’s this guy going to survive given how much stress he puts on himself?’ It was cool to see him have his moment.”

After the victory, Calhoun told his team to enjoy their 15 minutes. “I thought, ‘Hell, yeah, I’m gonna enjoy this.’” Tonella’s spot on the national championship team even made news in his native Mexico.

Upon arriving back in Connecticut, the team took a bus from Hartford back to the Storrs campus, about 30 miles away. “People were lined up all the way. You saw how much this meant to the state and its people. That state bleeds blue.”

After the 1999 title, Tonella retired to focus on his studies as an accounting major. “Plus, after we won the title, there was nothing else to do.” He wrote a letter to the Calhoun and the staff thanking them for the opportunity. “I was a one and done.”

To this day, Tonella says he has never watched a replay of the national championship game. “I was there. I lived it. It will never be as good on a screen as it was in real life.”

And he acknowledges his mother, who pulled her reluctant son to Storrs, Connecticut, was right all along. “If I stayed at Arizona, my life is night and day different. A championship team opens doors for a lot of people. It’s on my resume and people want to talk about it.”